Pierceville, York County, Pa. Where is that? 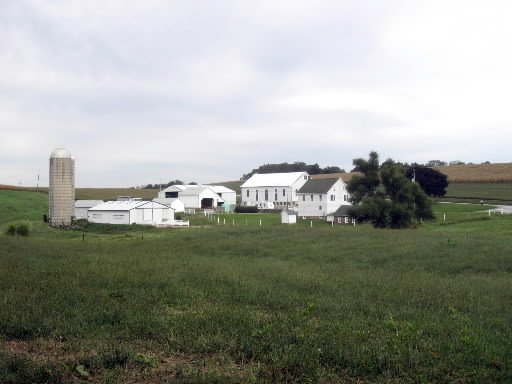 The Mummert farm rests along Fair School Road in the Pierceville Run District in southwestern York County. A caption with this photograph, from the York, Pa., Daily Record/Sunday News, states: ‘The buildings, fields, tree lines and wood lots tell the story of the people who farmed the area in the past.’ This area is part of the proposed  Pierceville Run Historic Agricultural District, which would illustrate how farming began and how it changed over time. Also of interest:  Is mystery railroad the old Shrewsbury narrow gauge?

Pierceville has been in the news.

Pierceville, Codorus Township, is a locale in a remote part of southwestern York County. Indeed, in one of the most remote parts of the county, near the Maryland Line. That region, down Sticks way, is primarily beautiful farms and rolling countryside. The map shows Pierceville is around the intersection of Route 216 and, well, Pierceville Road.

Spoutwood Farm in that region sometimes makes the news because of its May Day Fairie Festival.

A York Daily Record/Sunday News story tells how a piece of that region, Pierceville Run, is under consideration for nomination for the National Register of Historic Places.

All this proves that even in an area of York County in which nothing appears to be happening, something is happening.

“A small part of southern York County is being nominated as a Historic Agricultural District.

“The  Pierceville Run area is being nominated to the National Register of Historic Places as part of the Pennsylvania Agricultural History Project.

“The goal is to create a document to help in recognizing and preserving the state’s rich heritage of agricultural buildings and landscapes. The document would be used as Pennsylvania’s official guide for evaluating historic agricultural resources for nomination to the National Register.

“While the document does not nominate or list properties for the National Register, it provides a background for historical organizations and conservation groups wanting to pursue district nominations, said Barb Raid, an architectural historian with Historic York.

” ‘Other counties could use this as a model. The background work is there and all they have to do is plug into it,’ she said.

It would streamline the process of nominating historic agricultural areas and individual properties listed on the National Register.

“Sally McMurry, the head of history and religious studies at Penn State University, chose the  Pierceville Run area ‘because its historic buildings and landscapes vividly typify the historic patterns of farming in the historic farming regions of York and Adams counties,’ Raid said.

“The buildings, fields, tree lines and wood lots tell the story of the people who farmed the area, what they raised and how they managed their farms, she said.

“The nomination of the  Pierceville Run area is part of the Pennsylvania Agricultural History Project, a collaborative effort involving Penn State University, the state Bureau for Historic Preservation and local historic organizations.

“Examples of two of the farms that are part of the proposed  Pierceville Run Historic Agricultural District illustrate how farming began and how it changed over time.

“The 64 acre farm of Peter Smith, or Schmidt in some spellings, is typical of area farms in the late 19th century.

“Smith had two horses, four milk cows, one steer, four sheep and nine hogs. The steer and a few of the hogs were probably slaughtered to provide meat for the family and other hogs were sold at market. Smith grew modest crops, generally less than 300 bushels of wheat, corn, rye, oats and potatoes. The family harvested about ten tons of hay for the milk cows, grew apples that provided cider, vinegar, apple butter and schnitz and made 300 to 500 pounds of butter a year.

“The buildings included a Pennsylvania German center-chimney house, with a full basement and large kitchen hearth, a combination springhouse and summer kitchen, a double crib log barn, with an upper level loft for hay and grain storage and a stable below for the animals, and a heavy timber-framed machine shed with corn crib.

“The land included a woodlot and pasture and even though Smith’s farm was considered small and modest, he had machinery worth $400 well above the state aveage of $166.

“The Fair farm is a good example of how farming changed.

“This farm started out much like the Smith Farm but when Clinton Fair acquired the property around 1905 he put more of an emphasis on raising fewer crops but in larger quantities, corn and hay for livestock and wheat for market.

“Oats were on their way out along with horses and rye declined in popularity for various reasons including Prohibition.

“There was an automobile for transportation, and mules, a stationary gasoline engine, and an electric plant for power. The family raised a steer for meat, and a few cors for milk and butter and put more focus on hogs and chickens. At one point they had 16 pigs, a large number in 1927, and 1400 hens and pullets, serving to illustrate a trend taking place at the time as York County farmers shifted their mix of crops and livestock.

“The barn included a forebay bank barn built around 1905, housing milk cows, the mule and the steer. The chicken house and a large two story hog house date from the early 20th century. A butcher house and springhouse were probably related to hog production.

“The farmhouse, built in 1925, adapted traditional Pennsylvania German features such as a square footprint and banked construction but in a popular modern style and is testimony to the success of Fairs’ farming strategy.

“The landscape retains features that were established at least in the 1930’s and include several distinctively shaped wood lots and crop fields.

Pierceville. How did it get its name? “The Gazetteer of York and Adams Counties” and George Prowell’s history don’t help.

That part of York County was heavily Democratic in the 1800s. Codorus Township was a hotbed for candidates of the Jeffersonian and Jacksonian persuasion. In the 1850s, President Franklin Pierce was a Northerner and a Democrat whose was known to have Southern sympathies, like James Buchanan, who followed him. That region of York County was, of course, in the North, and filled with Democrats with Southern sympathies.

Anyone want to weigh in on this?

Also
Codorus Township, in southwestern York County, actually sits out in the Sticks