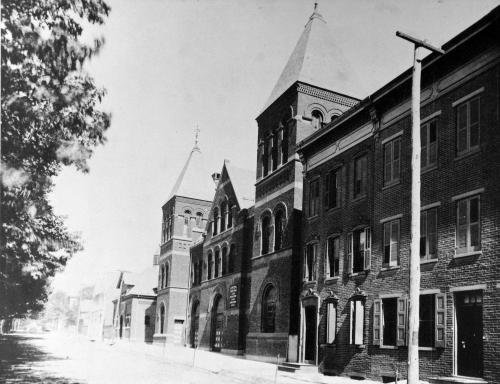 Then and now. Then was 1890, top. Now is 2014, below.This is the view looking east in the first block of York, Pa.’s, West Philadelphia Street in York. Also of interest: Picturing History at Hanover Hospital – The old and new. 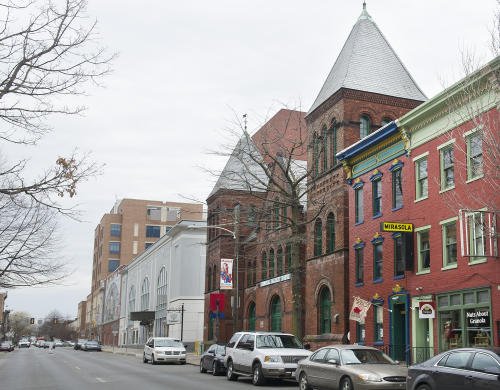 Learn more about this scene, especially the slider that helps you see the streetscape change as you roll it across the photo: Picturing History.

The second view in the Picturing York series includes Central Market, as in Picturing History, Part I. But it puts the market in context, looking eastward along the main street – Philadelphia Street – that fronts it.

From the vantage point of more than a century, the streetscape has greatly improved, with the Strand-Capitol and York County Judicial Center in view.

Critics can be pretty tough on York, saying that progress is non-existent or comes too slowly.

But from the vantage point of a century, one could ask: Who says things never change in York, Pa.?

Photographer Paul Kuehnel, who put this project together with fellow YDR staffer Christine Loman, wrote this about Picturing History:

Telephoto and wide angle lenses existed in the 19th century. We can duplicate the numerical value of the lens (like 24 mm) but how lensmakers mastered distortion was an evolution and still varies today particularly when you compare wide angle lenses and zooms.

It is also difficult to replicate the type of lens used and where the
photographer was standing in relation to the focal point of the scene.

Examples: A telephoto can bring you closer to a building, but so can walking nearer to it. The perspective of the vertical angles changes in the photograph depending on the distance and lens used. A wide angle may allow you to get more of the building in the photo, but it also spaces out between what is in the foreground and the background. The telephoto compress space, like when buildings are squeezed together in telephoto shot down a street.

Also, where the photographer stood may not be available for the new photo if something was built where the historical photo was shot so you may have to improvise.

The preview window of a digital camera goes a long way in matching up your trials with a printed photo. It is always good to have a printed photo on hand while you are shooting a new photo.

Picturing History in York: When faces of 1941 cross paths with shoppers in 2014

Images crossing the border into creepy