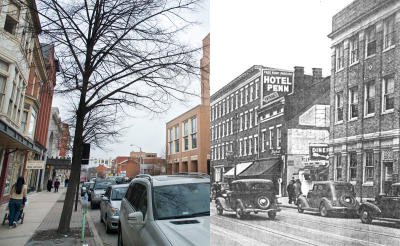 ‘My interest in the Hotel Penn,’ Jim Hubley wrote in the York, Pa., Daily Record on Jan. 26, 1985, ‘goes back to when, as a tot, I was impressed with the long, long porch which fronted the building in the early 1920s. In summer the porch was filled with guests rocking away or nestled comfortably with with their feet resting atop the porch railing. To me, it represented the height of affluence.’ This Picturing History photo provides a before and after look. Check out the neat slider that allows you to shift the scene between then and now. (See more photos below.) Also of interest:  Babe Ruth, indeed, played in York in 1928 and stayed at the Hotel Penn. 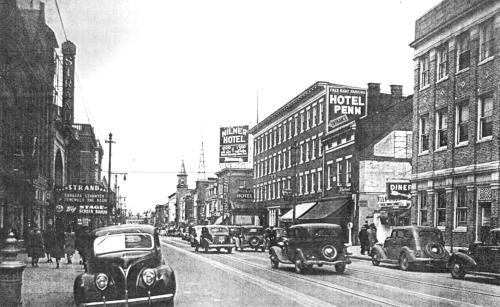 The Hotel Penn, Jim Hubley explained, housed many performers at the nearby Strand and Valencia. ‘Rarely,’ he wrote, ‘did the very big stars room at the Penn. That was the Penn’s fate during hits entire history. It was York’s second banana hotel, at first to the old Colonial, then to the new Yorktowne.’ 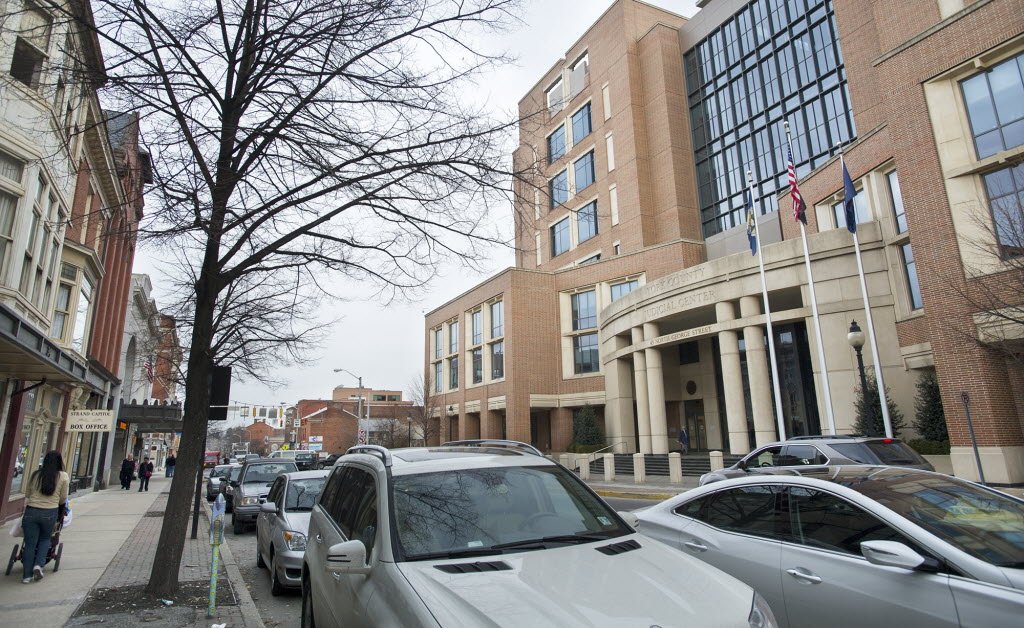 When Jim Hubley was writing about the Penn in 1985, the hotel had become a ‘dreary, York eyesore.’ A recent report indicated that no one was interested in buying the hotel to convert it into a business venture. As time passed, it was demolished and its site remained a parking lot throughout the 1990s. Then it was selected as the site of the York County Judicial Center – which opened in 2004 – and the old place is largely forgotten. Forgotten, that is, until the YDR’s Christine Loman and Paul Kuehnel made it a topic for ‘Picturing History.’

Also of interest
Jim Hubley was a night clerk at the Hotel Penn. This qualified him to write in his book “Off the Record”: “Want to see life? Get a night clerk job in a small hotel in a city like York. What memories! Particularly of so many then-prominent York citizens who rented rooms for themselves and their ‘nieces’ who didn’t call them “uncle.”