Picturing History: Do you use this east/west shortcut to cross York, Pa.? 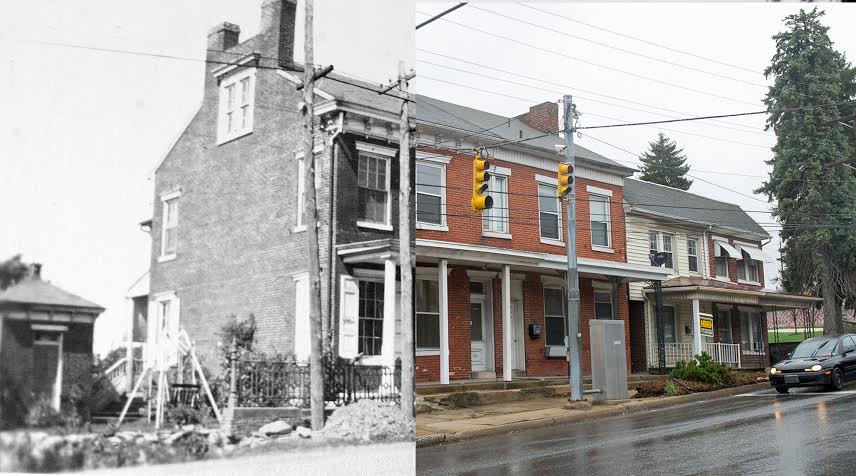 This description came with this week’s ‘Picturing History,’ a then-and-now series that provides a neat slider that allows you to see the photo, well, before and after.  The intersection of North George Street and Parkway Boulevard in York is shown in this photo from Sept. 13, 1914. The back of the photo reads, ‘Old house of Benjamin Myers who was married to a “Smyser” No Geo St at P.H. Cemetery.’ That’s then. Now, this is where Parkway dumps traffic into George. Here’s the thing about Parkway. It’s a great east/west shortcut when you want to avoid traffic along a congested Route 30. It has some stop signs, but you can generally make good time between North George and Roosevelt Avenue. Meanwhile, it’s a scenic drive, parks and all. Hence, Parkway. It’s akin to North Sherman Street, a route that takes you from York City to Route 30 in Springettsbury Township, a quick way to get to points east. Also of interest: Picturing History in York: When faces of 1941 cross paths with shoppers in 2014.

You read a lot about Mount Wolf’s Tom Wolf’s win in the Democratic primary for Pennsylvania governor at ydr.com.

What are other news outlets saying about Wolf’s nomination?

Here’s what’s out there in Pittsburgh, Philly and elsewhere: Tom Wolf in the news.

It’s on an important topic: How to reinvigorate York’s downtown.

History mystery: The new location for this exhibit has an interesting feature, according to one of the commentors on this FB thread, Brett Greiman: He suggests you see if you can find  a little Scottie dog roaming the African plains mural. “One of the talented artists I worked with back then was Bob Patierno . He liked to hide his pets in his murals,” Brett commented.  Feel free to click on any of the links to weigh in: