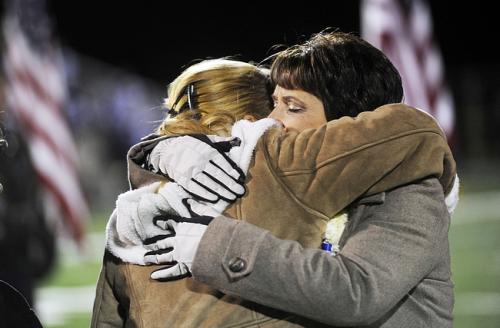 Sue Zerbe, right, and Joan Snyder embrace in a ceremony honoring their sons before the Red Lion-Dallastown high school football game Friday night. Their military sons – Daniel L. Zerbe and Christopher M. Wrinkle, grads of Red Lion and Dallastown, respectively – died while serving in Afghanistan. This image, by York, Pa., Daily Record/Sunday News photographer Kate Penn, captures the cost of war. For more, visit: Ceremony.  This interactive map shows those in the military who have died in uniform in the Middle East. (See related photo below.)  Also of interest: Navy SEAL Neil C. Roberts: ‘In this simple grave … lies a national hero’

Students from Germany are visiting York County as part of the York Twinning international linkup that has been in play since the 1950s.

Here are some facts about York Twinning that appeared with the recent York Daily Record/Sunday News story about the visit:

“Student exchanges between York and Leinfelden-Echterdingen began in 1981, and exchanges with Arles have been going on since 1954, according to the York Twinning Association.

“Adult exchanges take place too, on a rotating basis, said Catherine Fillmore, with the twinning association. Next year, French adults will visit York, and the year after, York area residents will visit France.”

Blog post of the day,I : Even more Gregory’s memories from the Gregory family and others

Blog post of the day, II: This might just interest you: The most viewed videos of the week over at Buffy’s World.

Forum of the day: A query is up on the Exchange about an East Manchester Township cemetery. Can you help out? 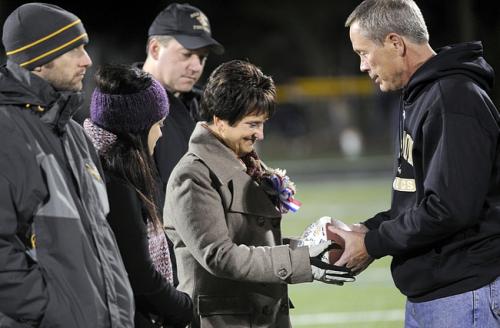