Penn Street Farmers Market: ‘What do we have to do to keep writing history in this place?’ 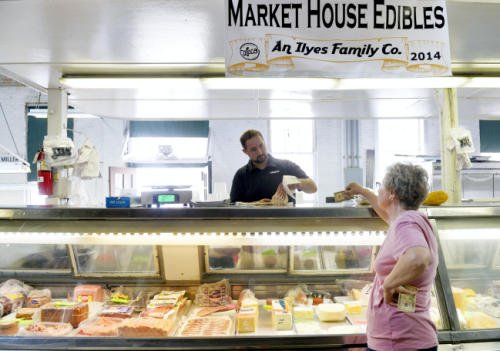 Jimmy Ilyes’ family has operated at Penn Street & Farmers Market for decades. He’s doing his best to boost the half-filled market house on York, Pa.’s west end. A York Daily Record/Sunday News story indicates he’s opened a stand of his own and operates as a sort of chief operating officer for the market. He’s also a bit of a philosopher about the market – York’s oldest – that his family has been associated with for four generations. The YDR story captured this: ‘But during quiet moments when customers are scarce, he wonders, “what do we have to do to keep writing history in this place?”‘ Also of interest: Penn Street Farmer’s Market, 150 years old, seeks to replant with new customers. 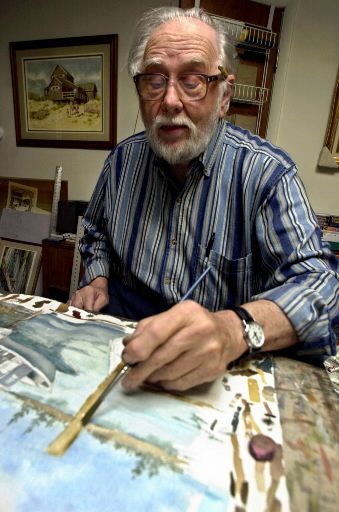 William A. Falkler, probably the best-known York County artist of his generation, died this week. His art hangs in public places and private homes throughout the county and beyond. Check out memories of the artist on YDR’s Facebook page and a high-profile artpiece that appeared in the 250th anniversary calendar in 1999.
+++ 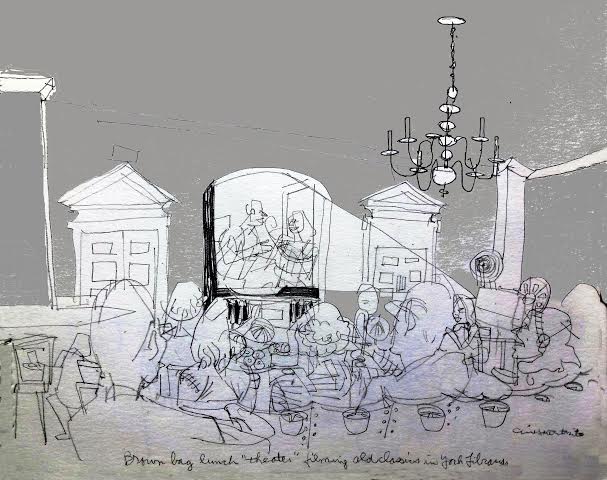 Cliff Satterthwaite was a contemporary of William Falkler. Here, he ‘live sketched’ this 1960s scene from Martin Library’s brown bag lunch matinee. For other Satterthwaite sketches from York in and around the 1960s, check out: York County art. 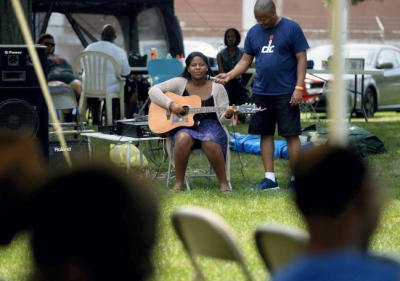 Former Codorus Streeters reunited for the third time over the weekend at Martin Luther King Jr. Park in York. That setting was just right because the park covers the former Codorus Street neighborhood.
+++
History mystery: They just don’t make covered bridges anymore. So, see if you can ID this one. If stumped, click on the goo.gle link.