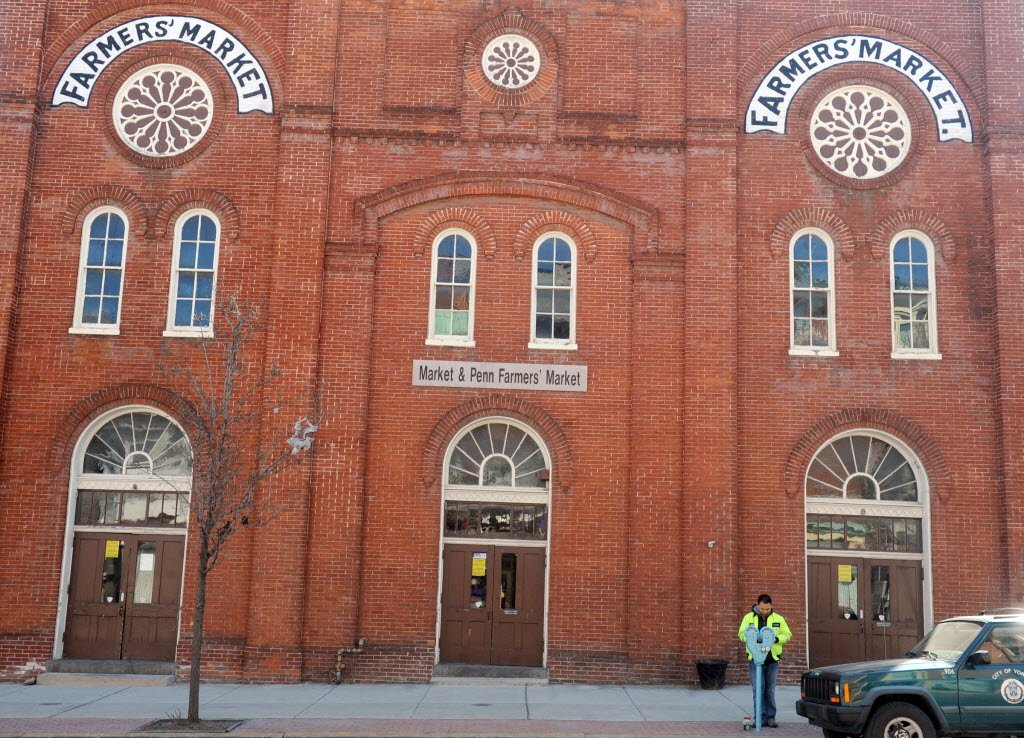 The Civil War was over, and York County, Pa., was striving to return to its life of relative peace as a farming community. The Industrial Revolution would come in full in a few years, and the fertile, well-watered county and its residents were most familiar with its rich grain harvests, lush gardens and plentiful land for livestock to graze. These were the same assets the invading Confederates had remarked about – and helped themselves to – in 1863. So it was now 1866, and York borough residents were spreading out. Bottstown, as the land west of the Codorus Creek was known, needed a market to service west end farmers and residents. The Farmers’ Market at Penn and Market was formed in that year, soon-to-be 150 years ago. Also of interest: York’s market No. 1: Penn Street Farmers’ Market.

When Farmers’ Market went up, its relation to the west end was akin to that of the outdoor market sheds to Center Square. A place to meet, forming, literally, a marketplace of goods and ideas. As the Industrial Revolution heated up and York’s population increased, other covered markets went up: City Market at Princess & Duke, Central Market at Philadelphia and Beaver, Eastern Market on East Market Street and the Carlisle Avenue Market, even farther west from Farmers’.  In the middle of this, the outmoded outdoor Centre Square market sheds came down. Several roads led in and out of Bottstown, in addition to Market Street, the turnpike to Gettysburg. Former Farmers’ Market master Terry Downs noted that Bull Road, leading north and Salem Road, to the southwest, served as pathways for farmers to get their goods to market. 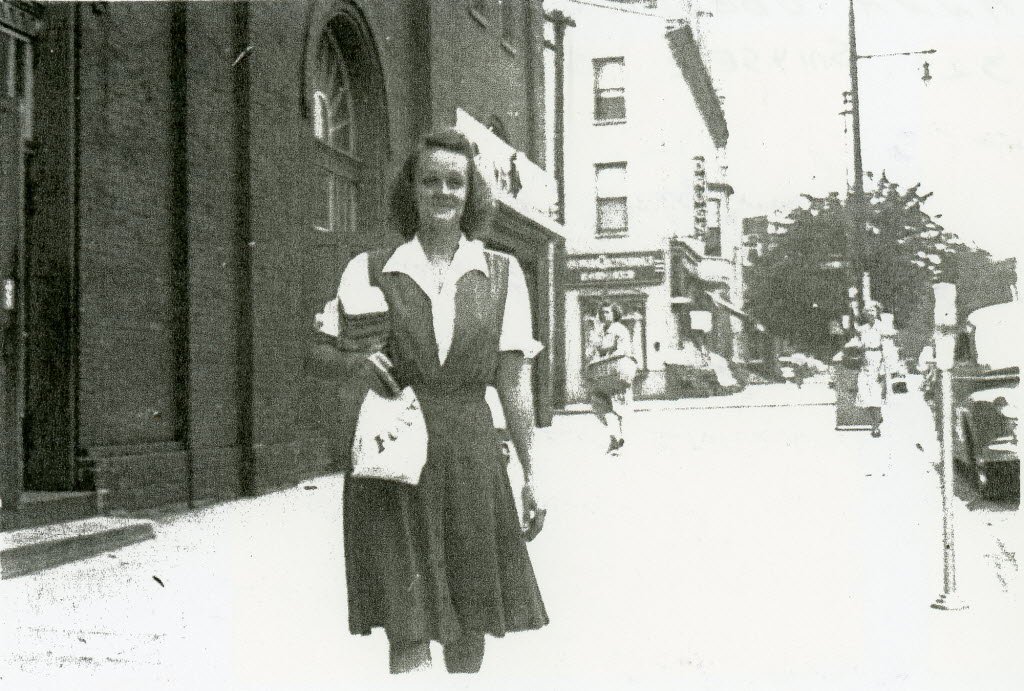 The 5 covered York city market houses very much served as neighborhood markets. Here, Anna Oberdick Myers is seen circa 1943, as she was leaving Farmers’ Market in York. Jean Fix, her daughter, wrote years later, ‘I’ll bet that bag contained poppy seed rolls as they went with our weekly “Farmers Market” supper. With the rolls, would be ham, cole slaw, potato salad and sugar cakes for dessert. What a nice memory!’ Interestingly, Farmers’ is functioning today as a type of neighborhood market, where urban residents can buy fresh produce and meats.

For decades, Farmers’ Market was home to multi-generations of families operating stands. Here, June Keeney is seen at her four-generation family stand – a run that ended in 2012. 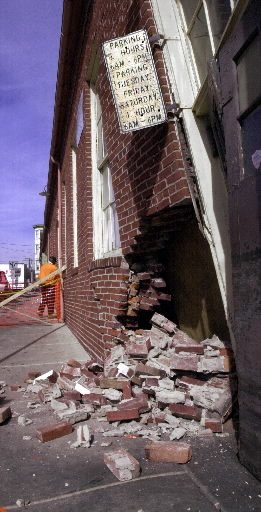 The heyday of the covered city markets crested after the 1950s. The increase of suburbs, building of rural farmers markets and increasingly difficult times facing York City after 1960 meant the closure and demolition of City Market and other uses for the Carlisle Avenue Market (now Dreamwights) and Eastern Market (museum and warehousing). Central Market and Farmers’ Market remain in operation as city markets today. A descendant of the Eastern Market, the New Eastern Market, operates on Memory Lane in Springettsbury Township. Here, an errant driver damaged the market a few years ago. But that section was repaired. Another note about the building’s exterior: The trademark West Market Street facade on the market house is not original. It was added at an undetermined date, providing additional space – or bays – for stand owners. 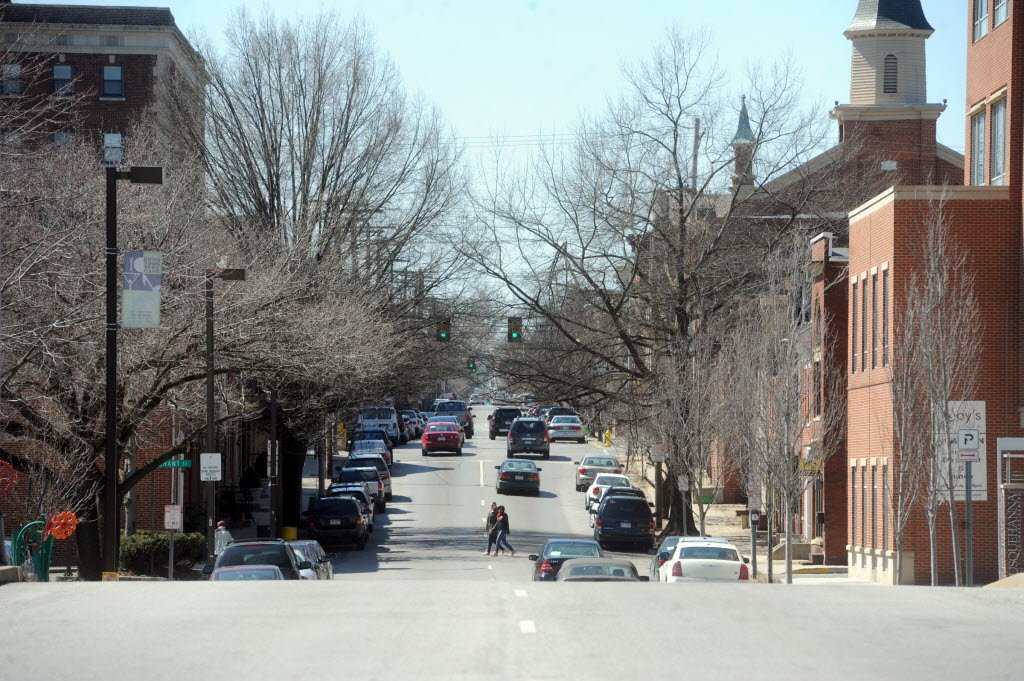 Central Market is benefiting today from the rebirth of shops and galleries in the Arts District in and around its neighborhood. Farmers’ Market is part of a newly tagged and developing district promoted as WeCo,  meaning west of the Codorus. The market is also positioned only a couple of blocks from the expanding York College campus that now touches the south bank of the Codorus Creek. 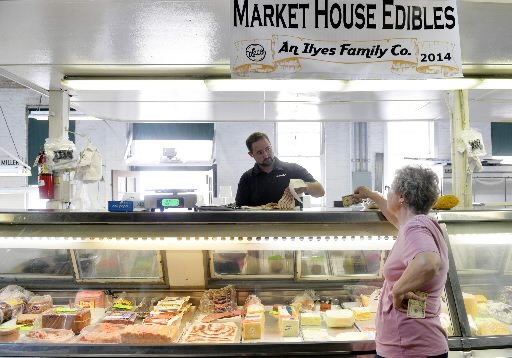 Today, market master and stand owner Jimmy Ilyes, behind the counter, is among those working to bring the market back. The market plans a Pigs on Penn Bacon Festival from 11 a.m. to 4 p.m., on June 6 (see below). In embarking on this mission on the eve of the market’s 150th anniversary, he asks the probing question: ‘What do we have to do to keep writing history in this place?’ The best hope is that the city’s rebirth will extend to the market house that has anchored York’s west end for almost 150 years.

The inaugural Pigs on Penn Bacon Festival will be June 6 at Market & Penn Farmers Market.The festival will hold events…

+++
A sampling of other York market posts: