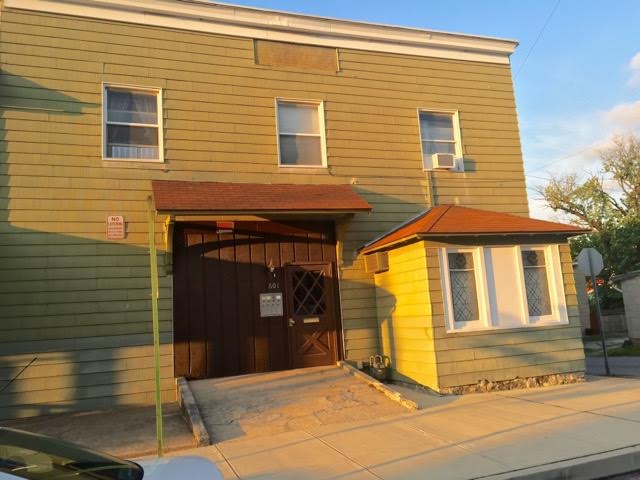 Noted York County, Pa., artist J. Horace Rudy operated his art studio at 601 North Hartley Street in the first third of the 20th century. Charlie Bacas, a longtime resident of The Avenues, emailed this photo noting a vestige of Rudy’s time there – the leaded glass extension. Rudy specialized in works with glass, and his stained glass legacy appears in churches and homes around York County and  beyond. This obscure building serves as another example of a now-obscure building or house around the county in which a man or a woman of accomplishment did great things. Such a home deserves a marker, such as is happening in Glen Rock: Parade Music Prince Roland F. Seitz. (See a close up of 601 North Harley below.) Also of interest: So who was J. Horace Rudy? 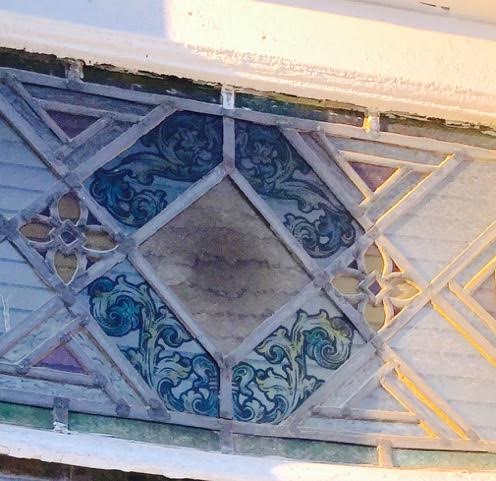 Charlie Bacas zoomed in on the leaded glass at 601 N. Harley St. Yorkblogger Stephen H. Smith also writes about Rudy at YorksPast.  To see what is arguably Rudy’s masterpiece in York, Pa., see this photo of the chancel window at First Moravian Church.

Jeff Koons, the artist with York County roots who is often compared to Andy Warhol, discussed with the New York Times how he’s spending his summer.

And part of that will be on his grandfather’s farm in southeastern York County.

‘At the property once owned by his grandfather, and which Koons refers to simply as “the country,” the man known for balloon sculptures and playful, larger-than-life structures carpeted in live, flowering plants (and a handful of risqué oil paintings) passes the warm summer months playing baseball with his offspring, practicing batting and catching skills at night — and occasionally watching the Phillies, Nationals and Yankees play.’

So Koons, from Dover, would be one of the most famous players to hit a baseball on York County soil. Maybe the York Revolution should offer him some swings at batting practice.

This recent Jeep show at the York Expo Center reminds you that the Jeep made early tire tracks in York, Pa. – pre-World War II.
+++

In Wrightsville: A coolish summer evening after a hot day

One more on a cool summer evening in #wrightsville #pawx pic.twitter.com/9h2CHd4Z1A

Penn Station’s past: An emailer passed along photos reminding you of the grandeur of old Penn Station in New York City: ” I know you have blogged about similar things in York so I figured you’d like this story. Such a shame.”

History Mystery: Some will know this, some won’t

History Mystery: This area building will be immediately recognizable to some – a place filled with meaningful exhibits…