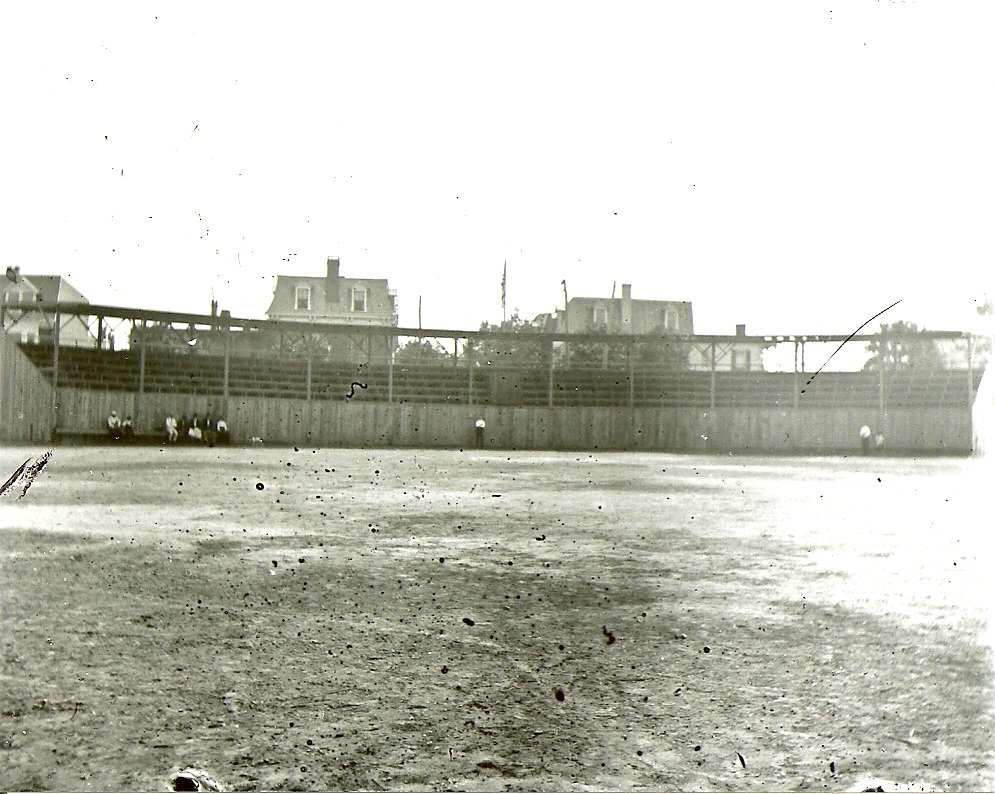 Spring will eventually get here – and so will baseball. Which brings us to a then-and-now scene. This is York, Pa.’s, first known baseball stadium, Penn Park field. It spread out at Lafayette and Cleveland, where Zion United Church of Christ now sits. The church blocks replicating this scene of the nearby houses along Cleveland Avenue (background), which stand today. Check out this map of York in 1903 and you’ll see the unmarked, curving stadium, across from Penn Park. Check out the ‘today’ photo below. Also of interest: 5,000 Penn Park fans witnessed first York night baseball. 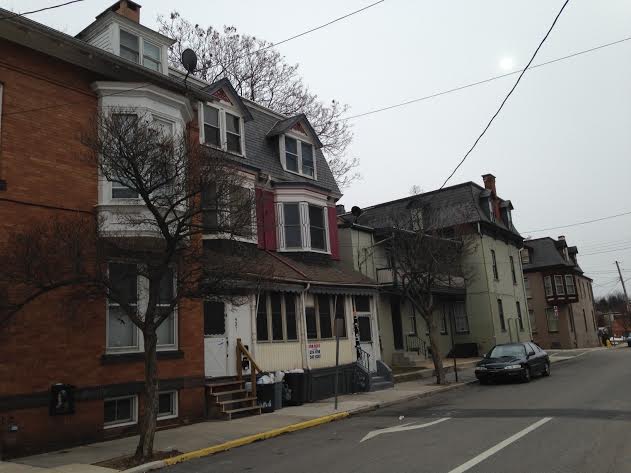 This shows the neighborhood today that is seen poking up above the stadium, top photo. Mel Miller, who provided the old glass plate view, gave this description of that streetscape: ‘The house on the left, on our glass plate photo, is at the southeast corner of Lafayette and Cleveland Ave. and the one in the center is a duplex at 437/439 Cleveland Ave. The house on the right is at the northeast corner of W. Maple and Cleveland… . Lester Walker has more info that states the location was at Lafayette and Cleveland Ave.’ For more: Mystery solved: Reader finds first York baseball stadium. Also, for a brief survey of York baseball stadiums see:  From Penn Park field to Sovereign Bank Stadium, York-area baseball fans have heard ‘Play ball.’ 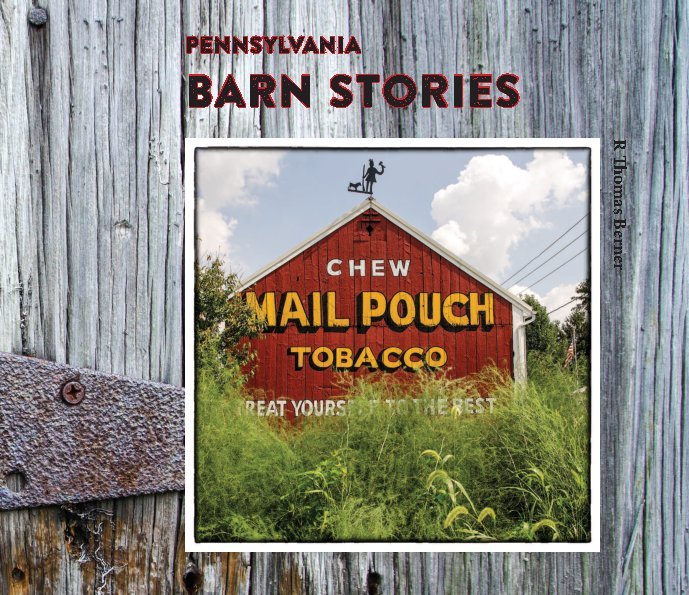 We came across this book recently: ‘Pennsylvania Barn Stories.’ The author is Tom Berner, a longtime friend and professor emeritus of journalism at Penn State. Here is a summary from Blurb.com:

‘Barns don’t just dot rural Pennsylvania, they dominate it. After all, before there was coal and steel, there was farming. And with farms came barns, often built before the family’s house.

‘Captivated by the many barns he saw as he drove around Pennsylvania, R Thomas Berner embarked on a three-year, self-financed quest to find stories about barns and then photograph the barns. He finally settled on 36 barns in 23 counties.

‘The stories and photographs can be found in Pennsylvania Barn Stories.’ 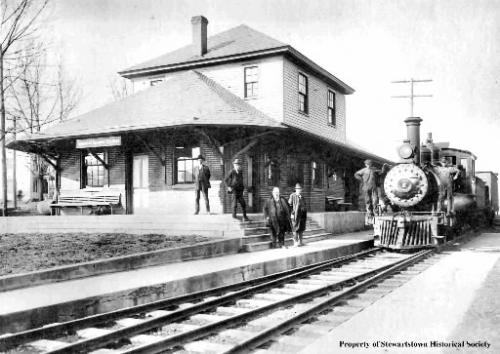 The Stewartstown Railroad, seen here in the 1920s, operated in southeastern York County in the late 19th century through 20th century. In those days, two other railroads rolled in that part of southern York County – the Ma & Pa Railroad and the old Northern Central Railway. Today, with the return of Stewartstown to service, all three offer excursion rides. For more about Stewartstown’s return, check out Train ride.