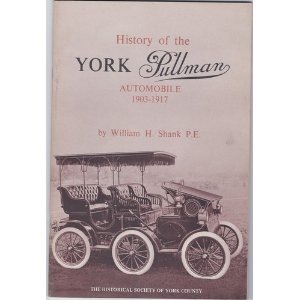 North George Street’s Pullman apartments that York City is looking to own because of debt are in the news. Did you know their name came from the Pullman company that made this six-wheeled auto about 100 years ago?  Question: Have you ever seen Pullmans of the four-wheeled kind at the Agricultural and Industrial Museum on West Princess Street? (No six-wheelers are known to exist.) William H. Shank’s book ‘History of the York County Pullman’ is available via the York County Library System. Also of interest: Can York’s longtime claim as ‘Detroit of the East’ be proven? and Part I: When a Pullman automobile became a seesaw.

The six-wheeled York-made Pullman automobile, named after the railroad car maker, did not last long. The middle tires of a vehicle of that build had a tendency to get stuck in a rut, ending in a seesaw effect. But Pullman was the most prominent automaker among many in York in the first two decades of the 20th century.

The prevalence of automakers in York County stemmed from the fact that so many wagonmakers operated here.

That comes out in this short history of Pullman – really, its building – from the York Daily Record/Sunday News (6/5/12):

That same year, Yorker Albert P. Broomell was ready to market his invention, a six-wheel automobile he called the Pullman. Pullman Motor Car Co. — one of 17 York-area automakers — produced the high-priced Pullman pleasure vehicles at the George Street location until 1917 when they filed for bankruptcy.

Occasionally used as a warehouse, the building remained vacant until 1993 when it was converted into apartments. 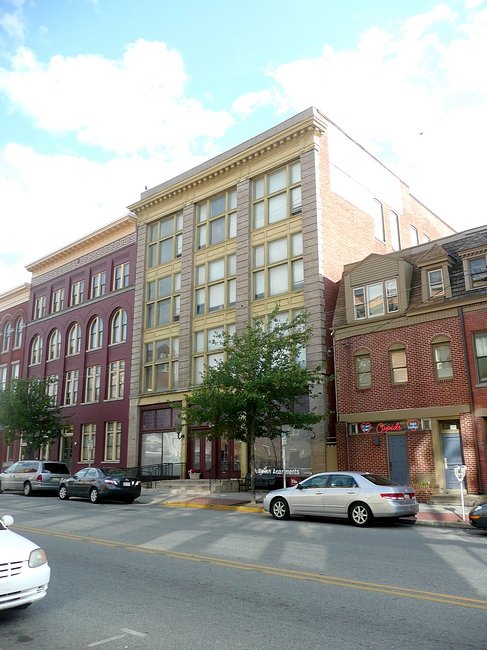 The Pullman building in York. The sun is obscuring the name of the former automaker on its side, near the top. The building is sometimes located by the nearby Cupid’s adult bookstore. Makes one wonder: What’s that still doing there? This is York’s showpiece district, the stadium area. Feel free to comment on this, the fact York City will be owning another building or any automotive below.