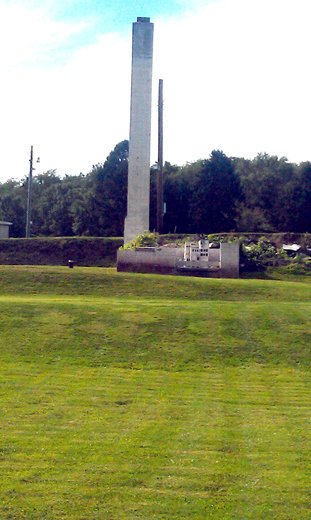 This solitary stack, probably an old smokestack, rises from a dismantled structure along the Susquehanna Trail in the Zion View/Strinestown area. The structure might have been a barn or some other structure built for agricultural use. So why would such a building in a rural area have such a tall stack? Not sure, but an observer of the York County scene believes it might now be used as a microwave tower or some other communications use. The combination of a smokestack in an agricultural area is pretty interesting. Can anyone explain why is was built in the first place and why it’s still standing? All farms and fields posts from the start and Conewago Creek tower: What’s with this odd structure? Part I.

Sharon Groff, sharongroff@comcast.net, is looking for information she remembers from the 1960s.

Here is her email:

“I was watching the show “Oddities, San Francisco” this weekend. One of the objects they featured on the show was an animated figure of a shoemaker which would seem to hammer a nail into the sole of a shoe, then reach to its mouth as if to get another nail to hammer into the shoe. As soon as I saw the figure I immediately recognized it as just like one I saw as a child while shopping in downtown York. I recall watching it and trying to figure out if the nails really came out of his mouth. I couldn’t watch it for very long because it was pretty creepy.

“I see that you are sort of an expert on all things York related so I thought I’d email you and attach photos from the tv show for reference.

“Some of my friends suggested it may have been at Reinebergs on George street. I contacted them and they said it was not theirs and that the George street location had no repair shop.

“I recall a repair shop in the rear of a store or perhaps in the basement of one of the stores, maybe one of the five and ten stores.

“I consulted with my father who was a long time barber at the Yorktowne. He spent many years shopping in the downtown stores. He knew exactly what figure I was referring to but the location also escaped him.

“Perhaps you may have a clue or know someone who is knowledgeable about 1960’s downtown York.

“Thanks for your time. Sometimes out of the blue a person will recall a part of an interesting memory and the parts you can’t recall bug the daylights out of a person.”

Unusual office: Eugene DePasquale’s election as Pennsylvania’s auditor general this week marked the first time a York countian has been elected to statewide office since, well, Gov. George Leader took the governorship in the 1950s. 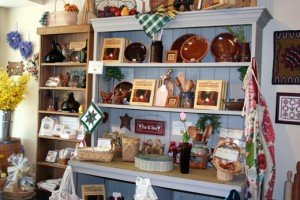 The Weathervane Museum Store at Landis Valley received an honorable mention in a national contest sponsored by Smart Retailer Magazine. What was behind this success? A news release from Landis Valley Village and Farm Museum provided insight that is just interesting: ‘The rough economy has been a proving ground for businesses large and small, where creativity comes with greater risks and, sometimes, even greater rewards. A few of these businesses, such as the Weathervane Museum Store at Landis Valley Village and Farm Museum in Lancaster County, are rightfully honored for their efforts. In 2008, when Weathervane manager Mary Parelli was forced to get creative to boost slumping sales, she turned not to manufacturers of cheap, kitschy souvenirs, but to the prolific Lancaster County artisans around her. She started carrying traditional, yet also unique, items on consignment, which not only filled her store right away, but gave many artists and craftspeople from Lancaster, York, and other surrounding counties an outlet to showcase their work. Today, Parelli reports that roughly 70% of her merchandise is locally produced.’