Part II: What were the houses of famed architects John and Reinhardt Dempwolf like? 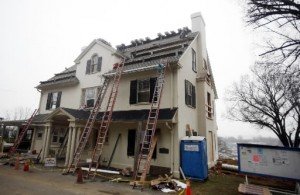 Keystone Human Services is renovating the former  Reinhardt Dempwolf home overlooking South Queen Street in York Township. The home, a group shelter, is known to thousands of motorists daily. It is set apart from other homes on the hill near Queensgate Shopping Center. Renovations will be completed in March.  Part I: What was the house of famed architect John Dempwolf like? and Old Man Winter graces side of John Dempwolf house.

The York-based Dempwolf brothers, John and Reinhardt, designed hundreds of homes and buildings in York County and beyond before and after the turn of the 20th century.

So, what was the design of their own homes?

See interior photographs of that home below, plus another Reinhardt home and photos of John’s home along South George Street in York: 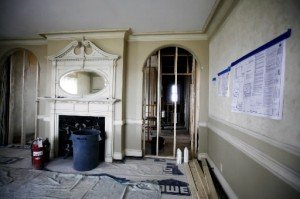 The first floor look of the old Reinhardt Dempwolf home in December. 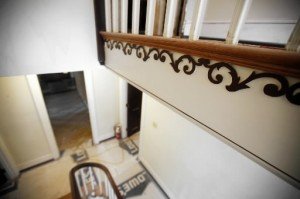 Details original to the house are being preserved, as seen on the third-floor landing. 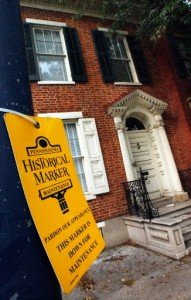 Another Reinhardt Dempwolf home familiar to many. It was the former William C. Goodridge House on East Philadelphia Street, now a candidate for an Underground Railroad museum. 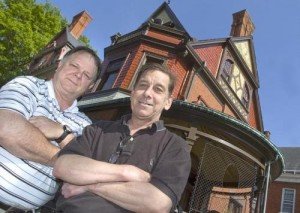 Historic York Inc. honored Ken Oatman, left, and Mark Derrig for restoring the face of ‘Old Man Winter,’ seen above in the triangle at the top of John Dempwolf’s former house in York. 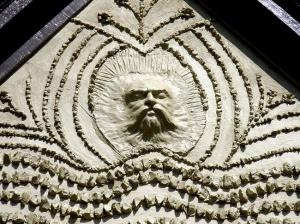 The face of ‘Old Man Winter’ on the side of famed York, Pa., architect John Augustus Dempwolf’s own house.

Scores of posts about the Dempwolf brothers.