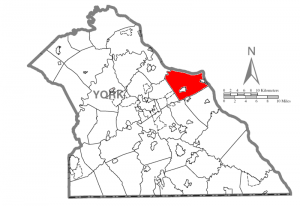 And like many journalists, he’s a collector of good stuff, a treasure of York County knowledge. And he’s a great writer.

So when he responded to a recent Yorktownsquare.com quiz that posed a question about the Seven Gates of Hell, I figured I’d let his responses air here:

Here is my question: Everyone knows the Seven Gates of Hell in Hellam Township is a history mystery of mythical proportions. It is said that no one who passed the fifth gate ever returned. It is purportedly located on Toad Road. Is Toad Road also mythical?

His much more informative and entertaining answer:

“Toad Road was the name given to the path or trail leading into the woods, not the
road running past the property. There were, at one time, two weathered stone
abstract gargoyle-type objects that resembled toads or frogs located at the head
of the trail. These creatures inspired the locals to give the place the name
‘Toad Road.’ The gargoyles, or whatever they were, vanished in the early 1970s, I
think. Trout Run Road was always Trout Run Road.”

My second question:  I asked Gary if he ever saw the entry to the Seven Gates of Hell.

“I definitely saw the ‘gargoyles.’ That they existed is beyond question. But the term is incorrect, as they weren’t used to convey water from a roof. They were,
more correctly, ‘grotesques.’ Were they toads or frogs? Yes, you could see a
resemblance. But like many grotesques they were obviously hybrids that coupled
the known (a frog, for instance) with something unknown, invented or imagined.
They were, I reckon, abstract art.

“As ‘toad’ rhymed quite well with ‘road,’ the grotesques likely became toads and
the area they ‘guarded’ unofficially became ‘Toad Road.’ It just stuck. Nobody
really knows how or why. Just about anyone who grew up in York in the 60s knew
about Toad Road, but most likely never visited the spot or knew exactly where
it was. Many heard bad things happened there, but what those bad things were
depended on who was telling the story.

‘There were, of course, no signs proclaiming Toad Road. There were also no signs
announcing the Seven Gates of Hell or any of the other (sub)urban legends that
surrounded the place. And that’s what it was. A place. Something by the side of
a remote country road where someone for some reason placed two very unusual
pieces of Victorian-era granite sculpture at the entrance to something that had
once, obviously, been a lane or a driveway. And in the 60s, in York County,
that’s about all that was needed to get our …  imaginations imagining
all kinds of stuff.’

‘The legend of the asylum may or may not have been one of the tales associated
with the place back in the 60s. I can’t recall if I heard it then or later on.
It’s most likely the stories were more similar to the yarns spun around a
campfire. Guy and girl find maniac’s dismembered arm dangling from car window, etc. Toad Road was just a convenient venue for the tale.

‘Toad Road was real to the extent that it was part of our culture, even if it
was little more than a story told in passing – something to do and somewhere to
go, in a place with nothing to do and no place to go.

‘You’ve never been to Toad Road?’

Seven Gates of Hell and Toad Road: Film scares the fun out of York County’s most popular urban legend

Check out these history quizzes and fun tests.