This aerial view shows the Casket Division of York-Hoover Corporation in the late 1950s. Three buildings from the complex at 700 Linden Ave., York, have been renamed Linden Lofts and repurposed to house dozens of apartment units. This complex is among the many former factories around York County that are being converted into apartments or condos, high ceilings, brick walls and all. Also of interest: Linden Avenue interesting mix of residential, industrial .

The walls of the new York Casket/Linden Lofts complex tells a story of York County.

First, we have wagon making and other industries growing up along major transportation routes. York County was very much a transportation crossroads to all points, but particularly the south.

So we had the York Wagon Gear Co. in the Linden Lofts buildings in 1892.

Then wagon makers transitioned into automaking. York-Hoover Corporation, Body Division grew from that. That company, among other things, built a jeep body in World War II.

Since York-Hoover had workers who were good with their hands, the casket division was formed in 1932. Those folks worked in the Linden Avenue buildings that are becoming apartments.

So the buildings of a business that formerly employed hundreds will be home to hundreds of workers employed elsewhere in York and outside York County.

These photographs help tell this story of change in York County. 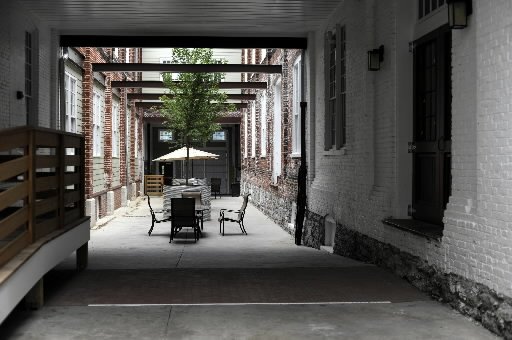 A present-day photo of a courtyard of the Linden Lofts. 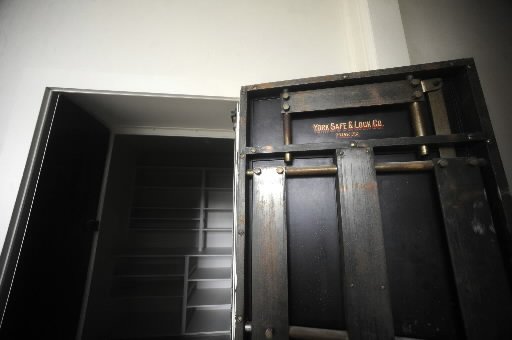 York Casket fortunately shopped locally – at York Safe & Lock Co.  The safes, now part of Linden Lofts, will be used for storage or closet areas. See a video of these repurposed safes at the bottom of this post. 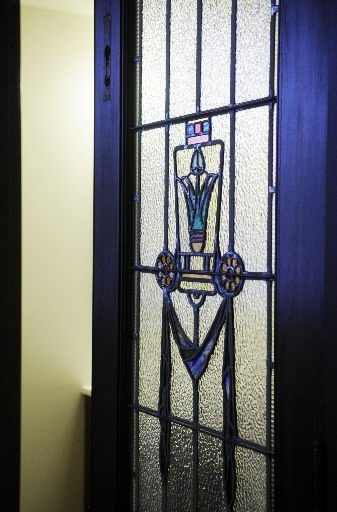 York Casket built a showroom in one of its buildings, and this stained glass window is a reminder of that use in Linden Lofts.

Also of interest
The former factory of wagon and casket makers transforming into apartments called Linden Lofts. Check out these posts related to the landmark building: Jeep prototype has York-Hoover WWII roots and Lady Linden, of The Avenues neighborhood in York, gets full makeover and Common question: How do I crack my York Safe & Lock safe?