Over the years, Warner’s Dairy Complex has changed a bit: Linked in with neat York County history stuff, July 20, 2012 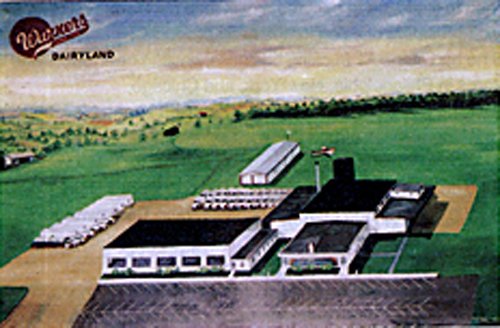 The transformation of Warner’s Dairy Complex, complete with airport, into Lion’s Pride Restaurant and Dairyland Square Shopping Center and associated buildings is just plain interesting. This image, from John F.M. Wolfe’s ‘Profile of Aviation,’ shows the airplane hangars in the center of the image. This complex sat near the Red Lion/York Township border. Wolfe wrote: ‘The East-West runway is just beyond the hangars and is parallel to the wooded area in the background. On the extreme left is a tanker and moving vans. In front of the hangars are the milk delivery trucks. The large building to the right of the trucks is the milk processing plant. Directly in front of the plant is The Dairy Bar. The five window building is the truck maintenance building and the small building attached to the maintenance building are the offices.’ Also of interest: Where was York County’s earliest documented airstrip?

Scott Mingus and I are asking families to share more memories from their York County ancestors in the Civil War era.

We compiled such stories and photographs into a book, “Civil War Voices from York County, Pa.: Remembering the Rebellion and the Gettysburg Campaign.” That work was published om April 2011 in conection with the 150th anniversary of the start of the Civil War in April 2011.

Now we plan a sequel, which will be published before the 150th anniversary of the Battle of Gettysburg and the Confederate occupation of York County.

We are looking for family memories, letters, diaries, newspaper accounts and other written formats or oral retellings from the war front or home front.

Crandall’s school: York’s Crandall Health School has interested folks around here for years. Yorkblogger June Lloyd wrote through info about the school in a recent York Sunday News column. Here lead: “Inquiries concerning the Crandall Health School keep coming up — about the converted East York mansion in which it was located and the spectacular fire that destroyed it in 1949, as well as the medical credentials of its proprietors.”

Blog post of the day: U.S. 30 Drag-O-Way to everything golf to top videos of the week

Forum of the day: Work is under way in Glen Rock to stabilize creek walls and some road work: So, officials in this old, but attractive borough are working to make it better. Have you been to Glen Rock recently? What are your view of this southern York County town? Background: ‘Rocks in the Glen’ turns out to be a place where things happen. 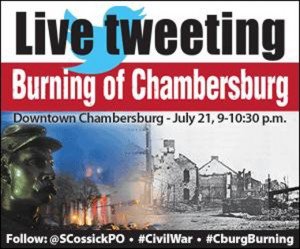 They’ll be using lasers to recreate the burning of Chambersburg Saturday night. Catch the live tweeting of this event either on Twitter or on a story collecting those tweets on ydr.com, eveningsun.com and  publicopiniononline.com.