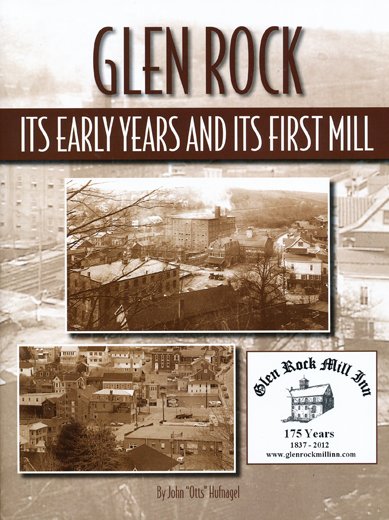 John ‘Otts’ Hufnagel has penned a book exploring the long history of Glen Rock’s first mill, aka the Glen Rock Mill Inn. That’s the mill near the center of the top photograph and to the left center of the bottom photograph. Also of interest: Spirits put Foustown, the ghost town near Glen Rock, on the map.

Every town in York County needs one of these, and many boroughs and towns have them.

Glen Rock’s John Hufnagel is one of the best around, and he has a new book to add to his record of research: ‘Glen Rock – Its Early Years
And Its First Mill.’

“The book honors the 175th
anniversary of town founder William Heathcote’s purchase of 93 acres and his starting
construction to build his first woolen mill in town in 1837,” a press release says. “The book deals with the early history of Glen Rock and the history which surrounds the building that now houses the Glen Rock Mill.”

“John was more than willing to take on the task, and using very limited resources, he captured the many transformations in remarkable detail,” the introduction stated.

“His passion for this community’s history is clear in the many long hours he spent on this book,” the intro continued, “and his talent is equally clear in the final product. Glen Rock is very fortunate to have an historian like John, and we can’t thank him enough.”

One of many neat things about the book is that it’s dedicated to Dr. Charles H. Glatfelter, one of my favorite people in the regional historical community. He’s one of Otts friends, too. “To Dr. Glatfelter,” he wrote in the dedication, “a personal friend, and a friend of Glen Rock, this book is dedicated to you in honor of all that you have done and continue to do.” 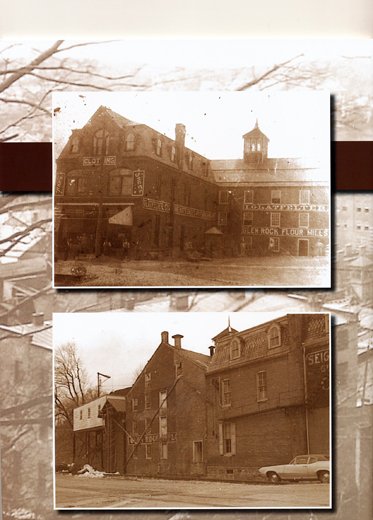 Closer views of the old mill, as shown on the back cover of ‘Glen Rock, Its Early Years and Its First Mill.’ Among other things, the book is filled with photographs of the mill, including hard-to-get places in its interior.