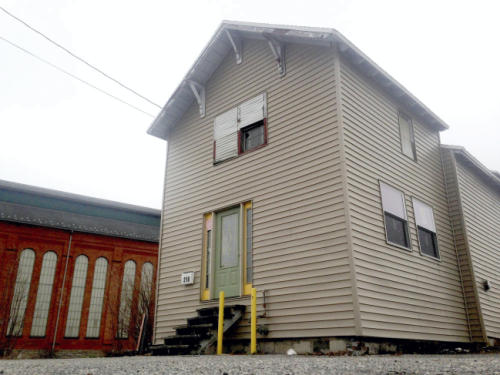 This building has been a landmark for decades on Roosevelt Avenue, sitting as it was along the railroad next to York Corporation and its York, Pa., successors. It was the old Western Maryland Railroad Station, best remembered by many as the Orange Car. That’s where you came to get fresh fruit straight from the groves far away. Now, the old building has a new use. It’s the church home for York’s Haitian community. A York Daily Record story tells about the church: ‘First Haitian Church of York is one of 61 Haitian churches in Pennsylvania, including 50 in Philadelphia, according to Haiti Christianity’s website. The York church’s congregation is between 50 and 60, said Pastor Gusmane Michel. The Haitian church worships at Manor Baptist Church at 806 W. Princess St. in York. Elmer Speer, pastor at Manor Baptist, has been helping the Haitian church draft its constitution and bylaws to become registered with the state.’ Also of interest: Vietnamese community in York County showing growth spurt. 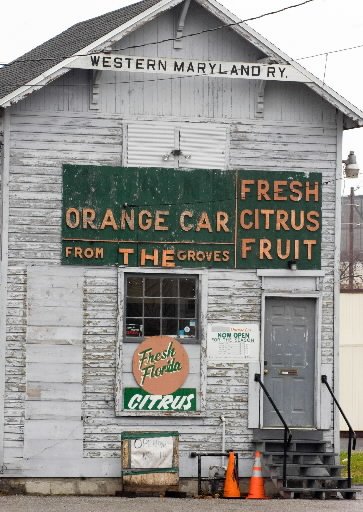 One  history points out a few things about the Haitian congregation’s new house of worship. The Western Maryland Railway reached the city in 1893. Before a bridge went up over the Codorus Creek to bring the railroad into York’s downtown, the tracks ended at Roosevelt Avenue. This building went up at that point. Another interesting fact. When the oranges reach here they weren’t even crated and they still had their stems. Workers would just scoop them out and deliver to customers.

Other neat, unrelated stuf from all over … .

Hope you’re enjoying – and scoring well – on these quizzes about York County towns from the York Daily Record. This week, test your New Freedom smarts.

“Hello there!”If you missed the highlight video of the bald eagles, find it here: http://bit.ly/1RuK8PT

Look, 25 years from now, people might not remember the story of the Codorus Eagles and their two eaglets. But the widespread interest in them says a lot and the presence of the big birds ensures all of us that the endangered eagles have made a comeback and will be with us for ‘a while.’ 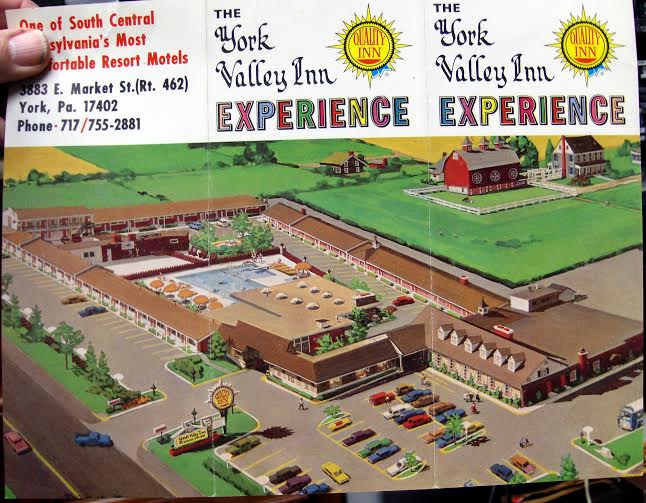 Years ago, Cliff Satterthwaite created this aerial view of the York Valley Inn. (Here’s a black-and-white version with some background of this now-demolished landmark.) Remember this place?