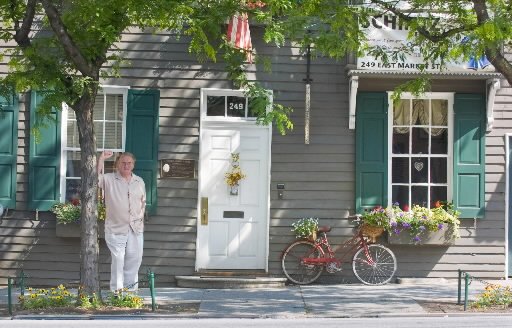 Heavy traffic in post-World War II downtown York prompted the pattern of one-way streets in effect today.
That’s the one-way pattern, specifically on East Market Street, that soon will be studied to see if another plan might work.
It was another day when the current traffic patterns were put in place in 1950.
The city’s population was at its zenith – about 60,000 people… . 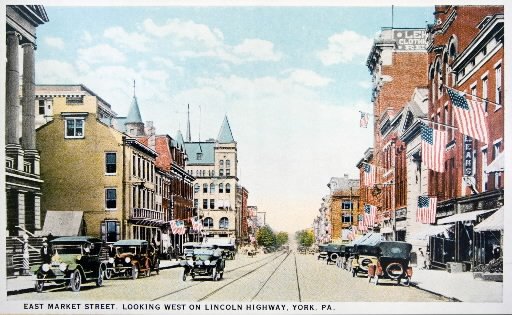 This photo, from York County Heritage Trust files, shows westbound traffic entering York, Pa.’s, Continental Square from the east. This is a traffic pattern not seen today. To help you place this scene, the building with the conical tower is the old Colonial Hotel, standing today without the cone, on the southwest corner of Continental Square.

Caterpillar and the York County Shopping Center were not yet in Springettsbury Township. This pairing were early catalysts for suburbanization and decline of the downtown as a shopping hub.
At the same time, cars and buses competed with pedestrians in York’s Continental Square area.
A 1996 York Daily Record story (9/11/09), excerpted here, brings together many of these themes:

HISTORY
Several city streets have been changed from one-way to two-way traffic in recent years. According to the York Daily Record/Sunday News, they include: