How one photograph teaches lesson about change in York County, Part II – Linked in to York County history, 4/12/13 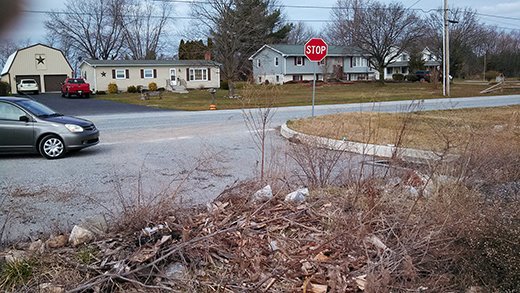 Is this a road to nowhere or a road from nowhere? Anyway, this dead-end off Route 30 near Abbottstown bears a stop sign with no traffic to stop. Motorists can turn left from a country road near Emig’s Route 81 Diner, travel about 20 feet and come face-to-face with mounds of dirt. What you have is a developer’s early efforts to develop the field behind the dirt. Did he or she run out of money? Did the Great Recession shut off financing? Ten years ago, this project would have been buzzing. Today, the sign is indicative of many projects stopped before it really started. But that’s not entirely bad. Developers are not using up York County’s precious green space, such as the field facing this stop sign, as often as in the past. Also of interest: One photograph teaches lesson about change in York County, Part I.

People still remember the Lincoln Highway Garage, long replaced by a customized Turkey Hill on East Market Street that has some features of the original landmark.

We received such an inquiry recently by someone with links to longtime proprietor Lynn Haines and passed along these LHG stories and photos: Lincoln Highway garageman returns to site and Website filled with old Lincoln Highway photos and Old Lincoln Highway made it possible to get from here to there.

Steam into History: This ydr.com story establishes the date that the steam-powered excursion train will begin running: June 1. The grand opening is set for June 21-23.

Favorite place in the world: The Bedford Springs Hotel in Bedford, Pa., is a great place to visit – or stay. This website tells a bit about that landmark, favorite of U.S. presidents. 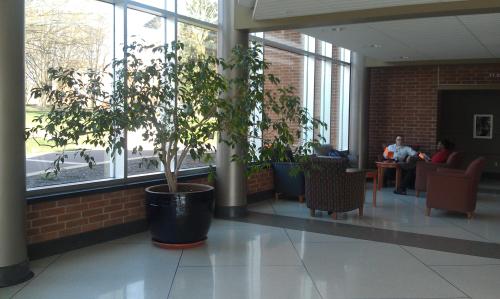 Forgotten ficus? The large tree without a home now has one – at York College of Pennsylvania. The 7-foot ficus was in the news recently after its owner, moving from town, left it behind.