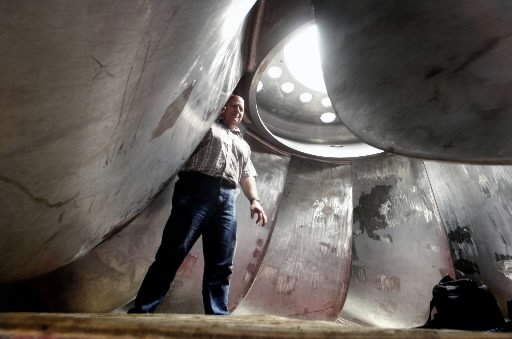 A student in my OLLI class at Penn State York wondered why S. Morgan Smith, an industrial giant in the late 1800s, isn’t better known today.

The short answer is that no company with Smith connections bears the name of the Moravian-minister-turned-entrepreneur today… .

Smith primarily lost his name after Allis Chalmers purchased the company and changed its name to the Allis brand.
But those who work for Johnson Controls, Voith Hydro, American Hydro and Precision Components probably know that S. Morgan Smith, directly or indirectly, founded their companies.
Here are a few other questions or comments posed posed by students in my OLLI class:
Q. How did people get across the Susquehanna River before the bridges?
A. One method was the use of flat-bottomed ferries that could be poled across.
Q. Where was the York’s Cottage Hill Academy?
A. This finishing school for Southern girls was located on the north bank of the Codorus, across the creek from the Susquehanna Commerce Center. It was on what is now Cottage Hill Road.
Q. The Susquehanna River provided a buffer against possible British attack during the Continental Congress’ stay in York in 1777-78. What role did the Codorus Creekplay?
A. No role, but it did have something to do with York’s location. York’s founders settled the town in 1741 where the Monocacy Road crossed the Codorus. 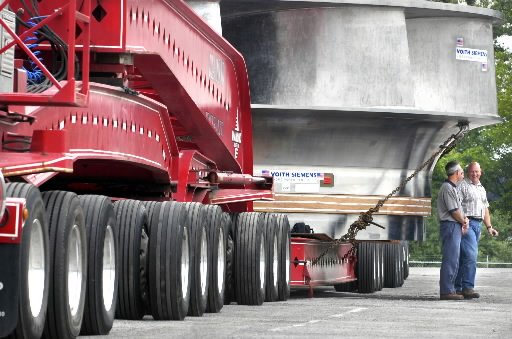 The truck transporting the runner out of York, Pa., from the Voith plant in 2006, has 78 wheels and requires two drivers, one in front and one in back. S. Morgan Smith was a predecessor of Voith, now in West Manchester Township.

Also of interest
In 2004, Exelon Corp. selected Voith to update four units at Conowingo Hydroelectric Station, pictured above. This Susquehanna River dam impounds the river about five miles south of the Pennsylvania line.