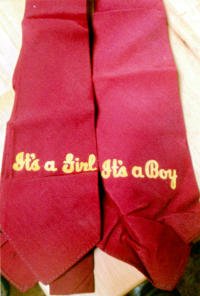 A feature story in the York Weekly Record, community newspapers distributed around York County, told about memories of the once-popular, but long-closed Gregory’s Menswear store. Many York countians today remember its location at 26 N. George St.  Here, is a photograph submitted by Spring Grove’s Barb Ellis of Spring Grove showing ties from Gregory’s Menswear. They were for two children, one born in 1952 and the other four years later. (See related photograph below.) All this represents good fun and fond memories. Only in York County‘s Joan Concilio has written a ton about Gregory’s, where Barb Ellis’ photo first appeared. Check out her Gregory’s selection. Also of interest: ‘Retailers in York, Pa., in late 1960s hedged bets on downtown by opening suburban stores.’

Jake Hanson is working on a book about the early ministry of Billy Graham.
He came across a yorktownsquare.com post about Graham’s visit to York in 1940.

He’s looking for information about the visit:

” I have done extensive research, even travelling to York to look through the newspapers from July of 1940, have the ydr article from 1997  (and of course Billy Graham’s own recollections from his autobiography).
“More than anything, I am curious if your writing has generated any personal responses from some who may have attended the meetings. It is not crucial to my research, but it is just one more rock to look under,” he wrote.
If you have such memories, contact Jake, masterswordsmen4@yahoo.com.

“D.G. Yuengling and Son, which proudly bills itself as America’s oldest brewery, has something new to brag about.The Pottsville company, whose sales surged last year when it entered Ohio, has become the largest American beer-maker by surpassing Boston Beer in 2011 sales.

“That’s right. A beer launched by a German immigrant in 1829 to quench the thirst of Pennsylvania coal miners can claim a distinction once held by Anheuser-Busch, maker of the iconic Budweiser brand, which got gobbled up by a Belgian company a few years ago.” Read more of the Morning Call’s story.”

Blog post of the day: Universal York’s June Lloyd writes about a specialty of hers: “Many Fraktur were made for York County area children.”

This week’s forum: Do you know about those polls on ydr.com’s right rail? Well, here are this week’s results. Current question: Will you be affected by the Route 116 bridge closure in Spring Grove? 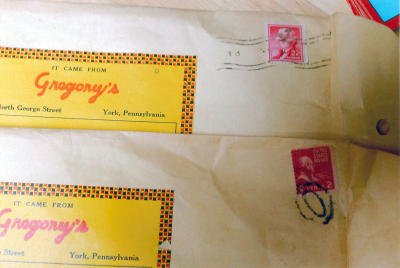 Barb Ellis snapped a photograph of the envelopes those ties came in.