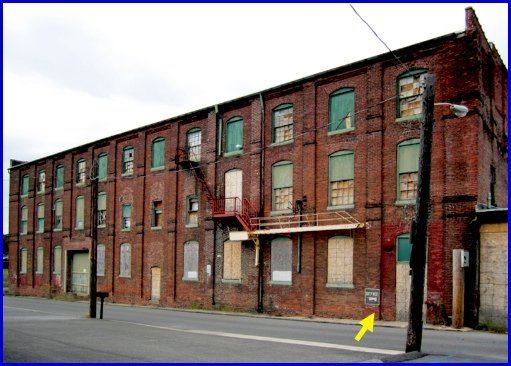 The old Keystone Color Works building in York, Pa.’s, Northwest Triangle has gained a higher profile since developers presented a plan to convert it into luxury apartments. Then comes ‘Keystone Crossroads: Rust or Revival?’ showing a photo (see below) of the old factory in a slide show about York County. That project of four public media stations is looking at issues affecting cities in Pennsylvania. Springettsbury Township’s Jane Lindhorn recently submitted a photo to YDR History gallery of the Color Works. ‘My father has been fascinated with Keystone Color Works since he read about it in the Daily Record,’ she wrote. And Yorkblogger Stephen H. Smith posted this photo on his YorksPast site, with a detailed explanation about the company.  Also of interest: Keystone Color Works building to be brushed up for Artspace?

Two things about the  ‘Keystone Crossroads’ project showing before and after photographs of York.

First, notice that in the lead-in and – actually, in the entire piece – thankfully does not default to often-inaccurate descriptions like hardscrabble city or a hard-luck river town as outside media often characterize York. 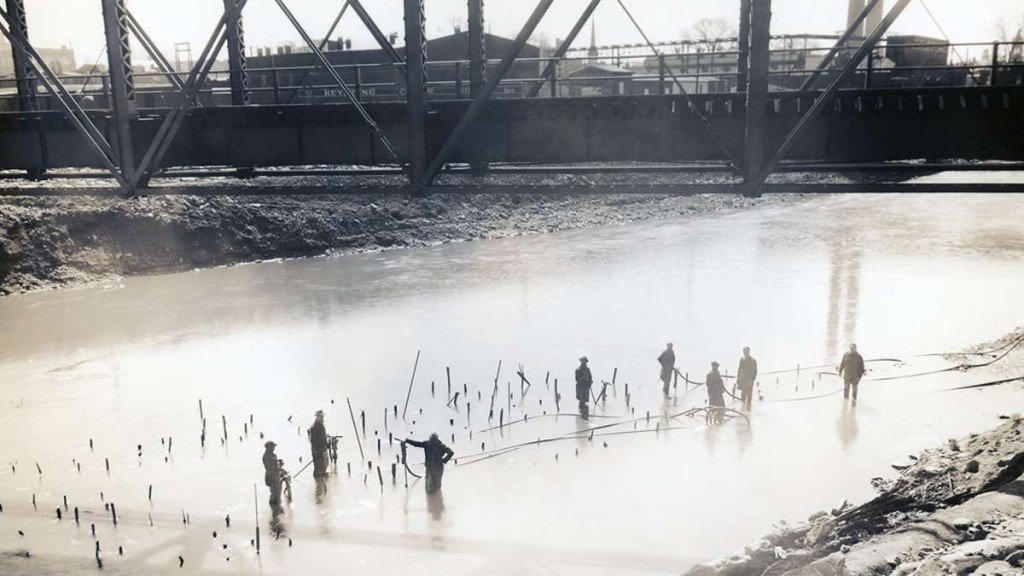 Keystone Color Works looms in the background in this ‘Keystone Crossroads’ photograph from the York County Heritage Trust, showing men undertaking stream work. They are drilling, apparently through Codorus Creek ice, in 1942.

The Articles of Confederation, weightlifting, Harley-Davidson, and those sweet peppermint patties are just a few things associated with the city of York, Pennsylvania.

Nestled in the south central region of the state near the Maryland border, York is a growing city of more than 40,000 residents.

York is known for it’s rich historical past, having served as a temporary capitol during the American Revolutionary War and in more recent history — a city confronting racial tension.

Intentionally or not, the slideshow shows progress in York, Pa.

Keystone Color Works will be among the improvements after developers turn the old building into 29 new luxury apartments.

York, Pa.: ‘It’s a midsize city with an interesting history’.