Old York Armory has served through wars and rumors of wars 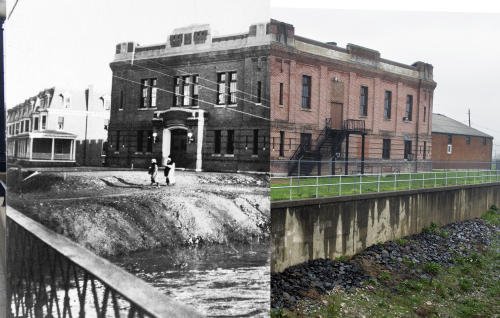 Picturing History shows a familiar landmark, a before-and-after photograph of the National Guard Armory on North George Street in York, Pa. Check individual photos plus a special slider that lets you explore the old armory, then and now: National Guard. Notice the flood control work that has been done to the bank of the Codorus Creek in these two scenes. (See other photos of the old building below.) Also of interest: Picturing History, then & now: Soon-to-be-reopened Hannah Penn Middle School.

York’s National Guard Armory can trace its roots to the York Rifles, an early responding unit in both the American Revolution and Civil War.

Post World War II’s “York, Pennsylvania: A Dynamic Community Forges Ahead,” makes that connection in a short story about the “State Armory.”

“From the York Rifle Company organized in Colonial days down to the tank battalion of today, York has maintained its militia,” the book states.

The armory, on the east side of North George Street, was there when PenSupreme and its forerunner, Penn Dairies, were in full operation. The PenSupreme building sites empty today along the Codorus Creek and the armory is still chugging.

York militia served in the War of 1812, Civil War and the Spanish-American War. The York National Guard served in World War I and was activated right after Pearl Harbor in World War II.

“Regular weekly drill, plus added hours of work and training, have established the high reputation which York’s Second Battalion holds throughout the Pennsylvania National Guard,” the book states. 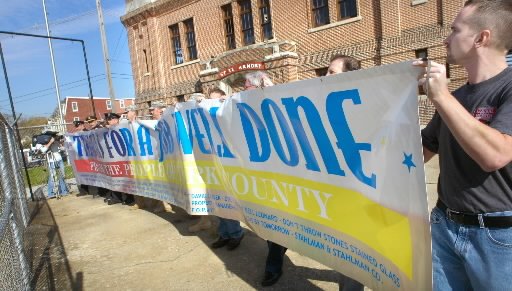 The armory serves as a welcome-home site, such as this 2006 scene of troops returning from Iraq … .

An updated book would say that the old armory has played a role in Guardsmen’s activities in recent wars as well, as the photos above and below show. 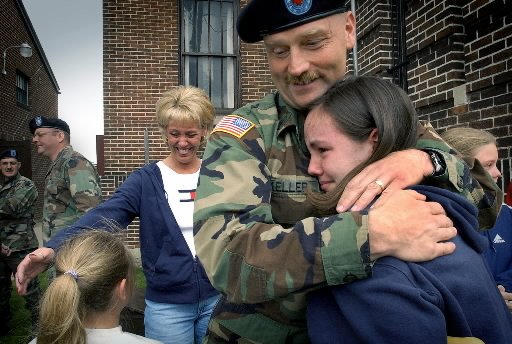 And in 2002, when troops returned from Kosovo.