Old Hanover Theater a building that can be saved. Linked in with neat history stuff, Jan. 21, 2012 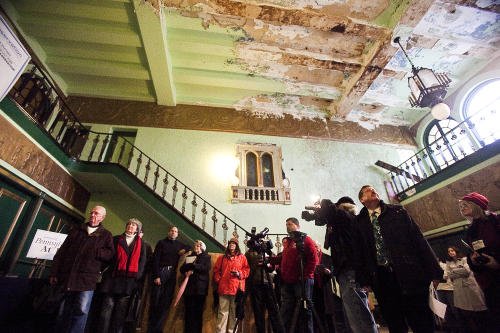 Preservation Pennsylvania Executive Director Mindy Gulden Crawford told preservationists and the media that the Hanover Theater is on Pennsylvania’s At Risk list of endangered historic sites. ‘This is not a building beyond saving. This building has been maintained,’ Higgins said. ‘Obviously, it needs a lot of work.’ Trinity United Methodist Church in York also made the list. (See exterior photograph below.) To see the Hanover Evening Sun’s account of event at the old theater, visit: Hanover Theater at ‘heart’ of community. Also of interest: Hanover’s old State Theater: ‘Don’t lose hope, it’s not dead’

The Gladfelter family – or Glatfelter or any of the other variations – is known for accomplishment.

And so it comes that another such achieving family member is in the headlines, with news reaching here about his passing away.

L. Dean Gladfelter, a former ranking New York Times editor, has died at the age of 84 of natural causes, according to his Jan. 15 obituary.

He retired from The New York Times in 1989 as head of the National News Copy Desk.

His obituary in the Times stated:

“He tirelessly covered Watergate, countless elections and other political matters with an admirable attention to detail and accuracy. Dean’s co-workers referred to this creator of the ‘Quibble-gram’ teaching tool as ‘one feisty editor.’ ”

If this helps place him within the Glatfelter clan, his obituary in the York Daily Record said he was the only son of Evan R. and Mary A. Gladfelter. He graduated from William Penn High School in 1945 and later Penn State University.

He worked for The Gazette and Daily, predecessor of the York Daily Record.

Alum coming back: Preparations are under way for York and the York Little Theatre to play host to county native and award-winning playwright Ken Ludwig.

“It’s been the same story all around the country,” he told the York Daily Record/Sunday News. “The arts are in danger. It’s so wrong. They are not a luxury. That’s what feeds our souls.”

YLT will perform Ludwig’s comedy”Leading Ladies” at 3 p.m., Feb. 5, with the playwright in the audience.

No pressure on those actors!

Blog post of the week: Buffy’s World reviews top posts of the week, from how the YDR interacts with readers to Baltimore Ravens posters.

Forum of the day: An Exchange topic is up – Edgar Allan Poe fans call an end to ‘Toaster’ tradition. Remember that rite of the winter in which a mysterious character places roses and a bottle of cognac on the American icon’s Baltimore resting place? 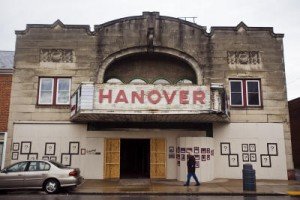