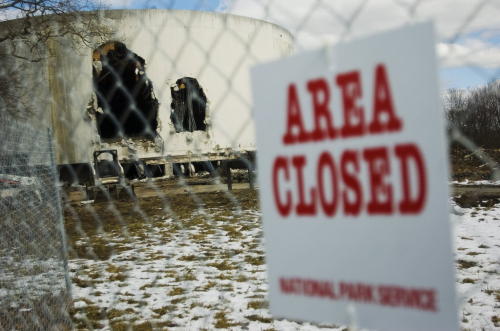 The old Gettysburg Cyclorama building is observing its 50th anniversary  by coming apart. Demolition teams are taking down the building, dedicated in 1963 as part of 100th anniversary observances of the Battle of Gettysburg. It will be done by the 150th anniversary of that watershed battle in July. The Cyclorama painting was moved to new quarters in a new visitors center several years ago. The building has been vacant as various court and political battles were waged in an attempt to save it. Also of interest: At least the old Gettysburg Electric Map, even with its old building gone, will blink again – in nearby Hanover.

The YDR’s Buffy Andrews is a writer, some of her work going into her Buffy’s World blog, which explores the social media scene locally and beyond.

I always enjoy her York Sunday News columns. Recently, she wrote an interesting piece on the lives behind the obituaries we publish each day. Check out: Obituaries reveal lives.

Buffy also profiles the best Yorkblog posts of the week. Here’s this week’s: From peeps (the 60th anniversary of that weird marshmallow candy) to Avalong barn.

Remember the Rusk Report? Actually there were two Rusk Reports, and both were – and are – regularly referenced by those concerned about the community. The reports particularly pinpoint the big issue facing York City: its concentration of poverty. You can find both reports at ydr.com’s Data Center.

Honoring the airmen: The National Park Service sends out info. on historic getaways every week. This week: Tuskegee Airmen National Park in Alabama. “We often marvel at comics and the silver screen for depicting cape-wearing heroes who save the world with super human strength and extraordinary powers. The Tuskegee Airmen, dressed with integrity, character and courage, are the real thing,” the Park Service newsletter states. Check out York County’s Tuskegee connection. 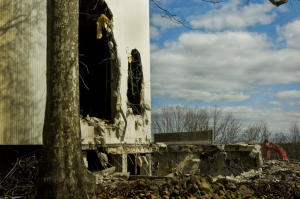 Forum of the day: OK, demolition crews are taking down the old Cyclorama building. Some folks from York County and beyond  visited the site to get one last look. Did you make the trip? Do you plan to go watch the demolition?