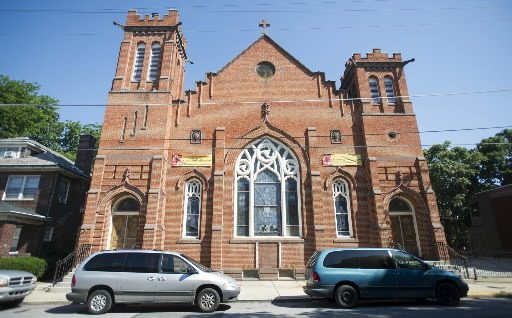 Remember when York, Pa.’s, Trinity United Methodist Church was in the news and made it to the top of the best religion stories in York County in 2011? Potter’s House, an independent church, is moving in. The congregation has closed off the sanctuary, under the roof where the structural problems found by the city three years ago were identified. Read about the project: Potter’s House. Also of interest: York’s Trinity United Methodist Church offers lessons for the future. 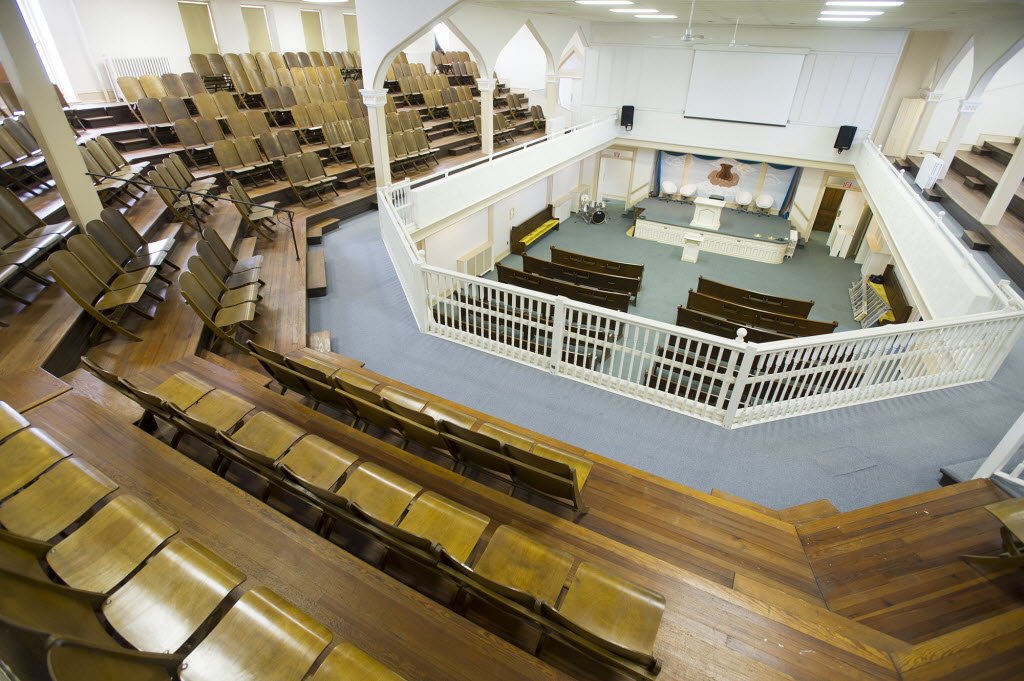 This former Sunday School area on the 241 E. King St. structure will serve as the worship area until the original sanctuary’s roof can be repaired.  This photo gives a sense of the size of the structure, built in 1896. 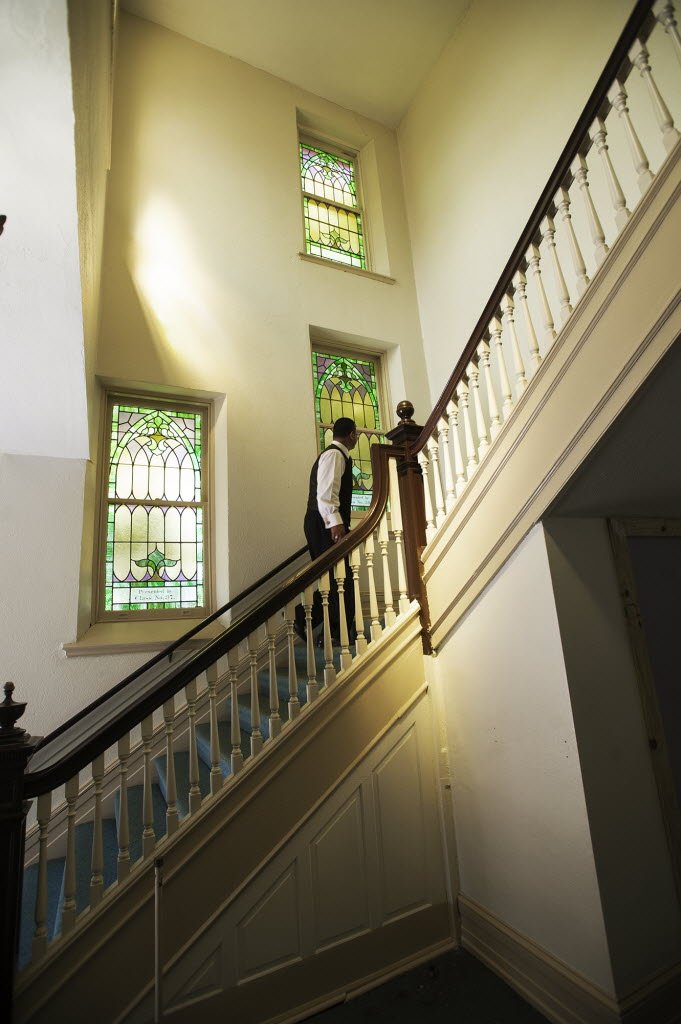 The congregation performed much the restoration on the old building. 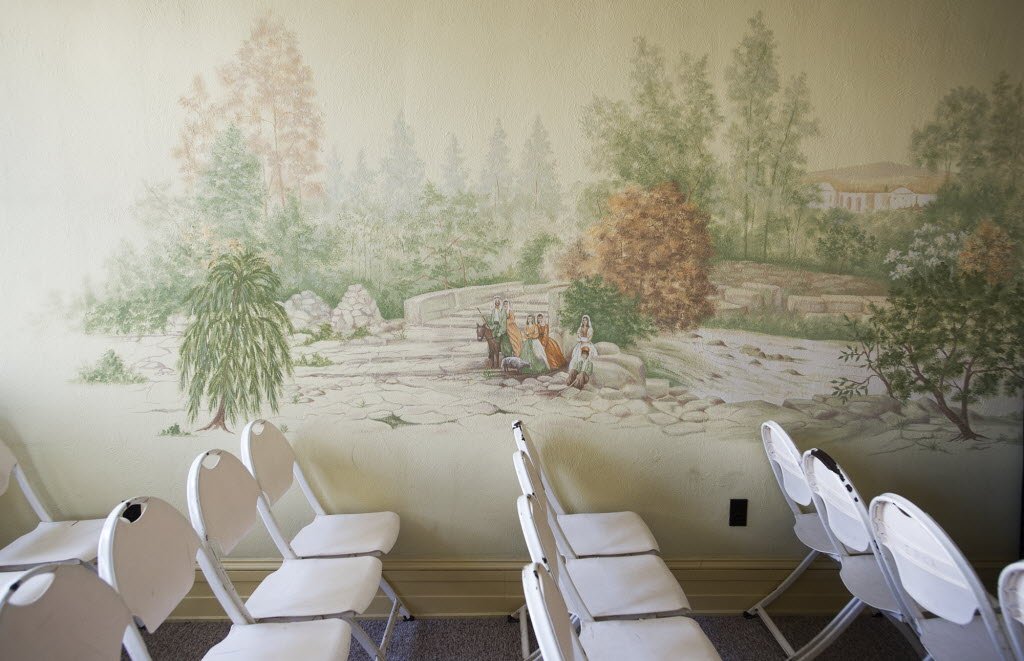 When it Trinity United Methodist Church, it was known for the murals on its exterior. But beautiful murals, such as this one, remain in its interior, too. Check out this YDR.com photo gallery showing the old building inside and out. 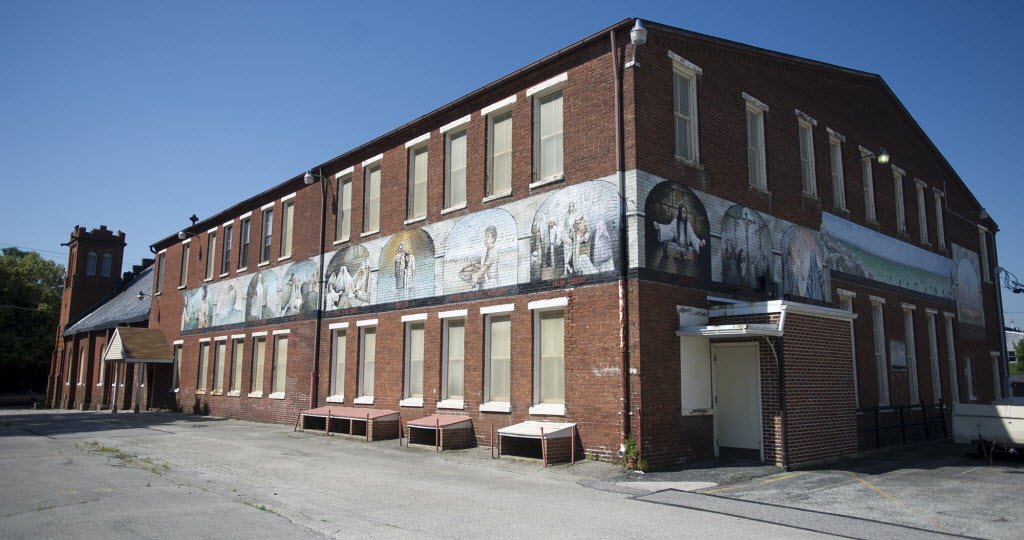 These familiar exterior paintings remain. Given Potter’s House congregation’s care for the facility, they stand in good hands. Also of interest: Unsung murals appear on side of Trinity Church.