Off the beaten path in Wrightsville, Pa.: Linked in with neat York County history stuff, Oct. 8, 2011 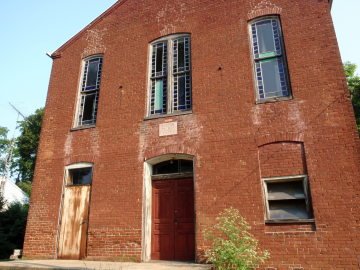 Dianne Bowders, whose photo work is so familiar to yorktownsquare.com readers, captured another off-the-beaten path scene. It’s a black church on a side street in Wrightsville, Pa. She wrote in her Your Photos caption: ‘The Wrightsville African Methodist Episcopal congregation built this substantial two story brick antebellum structure on Orange Street, 1855. The Wrightsville congregation was connected to the York Borough congregation, under the pastorate of Rev. Jacob Wilksheim.’  (See additional photo below.) Also of interest: Check out other posts featuring Dianne Bowders’ photographic work.

The York Daily Record/Sunday News/www.ydr.com is seeking lesser-known stops on or off area roads.

“Maybe on your way to Brown’s Orchards & Farm Markets in Springfield Township, you like to shop at Leon Ness Jewelry Barn or hike along Lake Williams,” a short story in the newspaper stated… .

Send your favorite places along the trail to Jess Krout,  jkrout@ydr.com.

About Brown’s Dwayne Baker weighed in on Facebook, putting his finger on a piece of that place’s popularity: “(T)hey have the best goodies and always a free sample of cider and an apple when u leave … .”

Please do it soon. She’s on deadline.

And so is Del: Del McCoury inducted into bluegrass hall of fame.

Blog post of the day: Buffy’s World lists best of week’s blogs, including a list of most-viewed ydr.com videos.

Forum of the day: Exchangers are discussing products made – or once made – in York County. Katharine Beecher Butter Mints anyone? 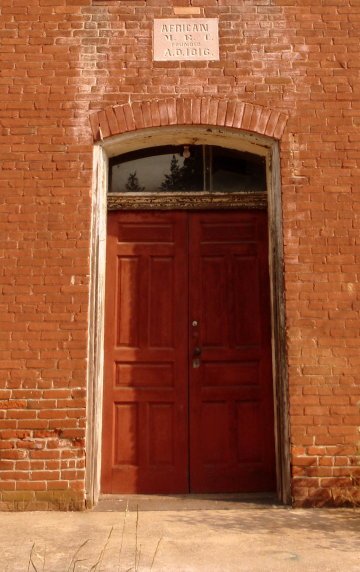 A closer view of the Wrightsville church’s front door.