This is one of #YorkPa’s largest – and best known – ghost signs. That size contributes to its popularity, as does the fact it’s along one of the city’s most-traveled roads, Roosevelt Avenue. It’s on the side of, quite appropriately, Roosevelt TV Supply. What’s inside this building? Well, what isn’t? You just have to check out this YDR gallery of Paul Kuehnel’s photos and read this story by the YDR’s Dylan Segelbaum. Dylan writes: ‘The walls of Roosevelt TV Supply are covered with advertisements, and are overflowing with almost every spare part and cable — new and old — imaginable: Vacuum tubes, record player needles, TV antennas.’ Hooked? (See additional photo below). Also of interest: Just try to resist this memory-tugging aerial photograph of York’s Roosevelt Avenue Airport.

Roosevelt TV’s business has changed over the years.  ‘Today, the business almost exclusively focuses on selling and installing antennas,’ Dylan wrote. ‘Though the number of people getting television from an over-the-air signal has seen a resurgence in the last few years, the future of Roosevelt TV Supply — at least as a family business — is unclear.’ A spokesman for the National Association of Broadcasters said the growing popularity of over-the-air reception is akin to the rebirth of interest in vinyl records. Also of interest: Orange Car on York’s Roosevelt Avenue: Workers sometimes shoveled fruit out of box cars.

That’s a new location, a departure from our York Expo Center venue for the past five of so years. If you make it there, make sure you make yourself known to me a as a reader of this blog.

Fun history quiz: Test your Dover Township smarts (Some mobile users might have to click on the date):

How well do you know Dover Township?Test your knowledge and comment with your score!

+++
At Appomattox: And here’s another one – How well do you know the Battle of Appomattox?

Need for preservation? This is just interesting … .

We need to stop acting like the destruction of historic structures is inevitable and acceptable. 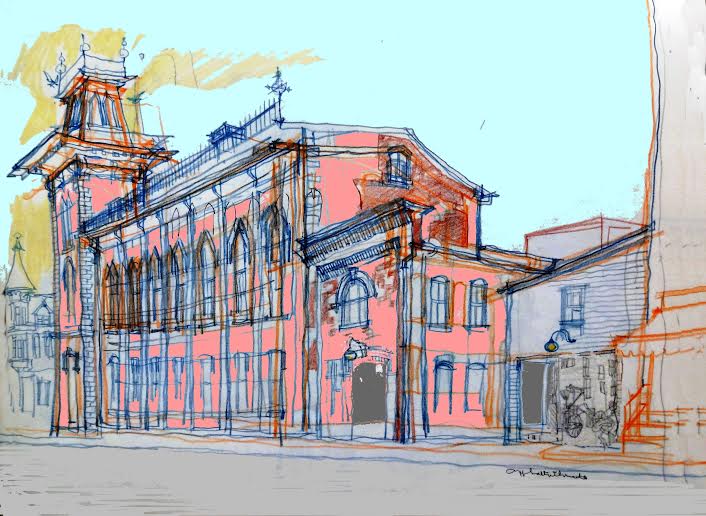 Ex-Yorker Cliff Satterthwaite is no stranger to YorkTownSquare.com readers, as these posts showing his art of local scenes attest. And he’s no stranger in his home in recent decades in Fredericksburg, Va., and this news story indicates. Here, Cliff showed York’s Laurel/Rex fire station in 1964.
+++

History Mystery: The view from on high. But from where? (Some mobile users might have to click on the date).

History Mystery: Up on this #YorkPa roof, you get this view. What is the open space we’re seeing here? And where is the photographer standing? (Answer: http://goo.gl/EJKiHX). – Jim McClure