Of Christmas, The Christmas Truce of 1914 and great paradoxes 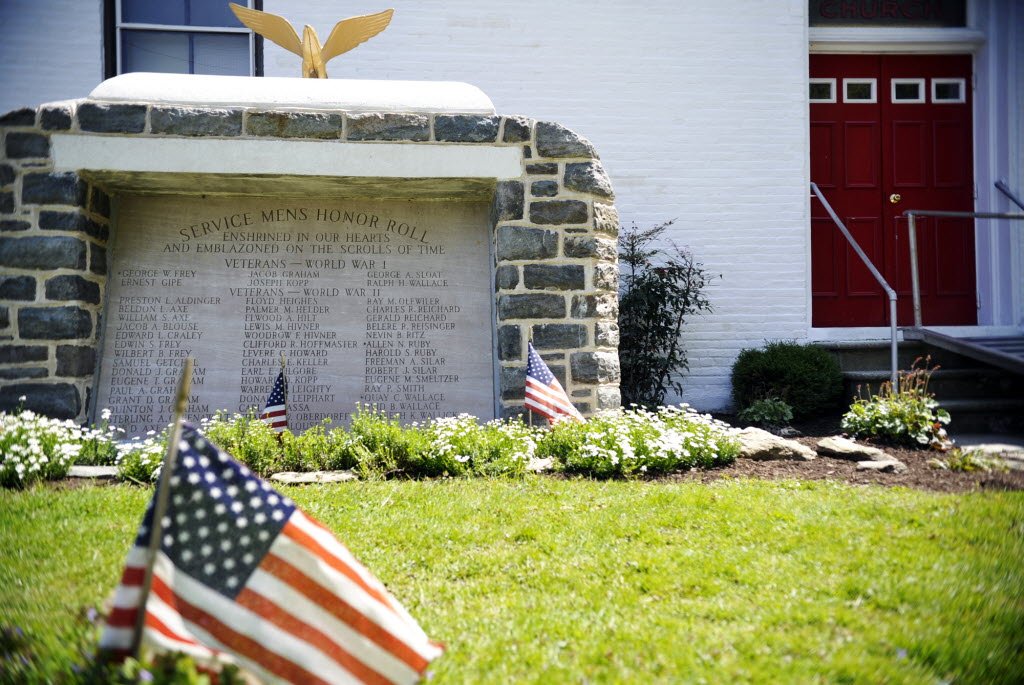 Veterans World War I are part of this honor roll Ebenezer Church on Fishing Creek Road in Lower Windsor Township. The Great War, as World War I was called, saw an event that history remembers. The Christmas Truce of 1914 was a moment of peace in a time of war. Also of interest: Hammer-wielding Yorkers helped to nail kaiser’s noggin.

This piece doubles as a Christmas Day blog post and editorial in the York Sunday News … .

Peace and goodwill are customary – and appropriate – Christmas themes.

Many people have such hope this Christmas Day. Indeed, some see it as a radical peace and goodwill – a kind of paradox.

It’s that first-will-be-last and last-will-be-first-type of thing. It’s a major theme today – Christmas Day – the day Christians believe Jesus, God’s son, came to earth to live among men and women.

As the familiar Christmas story goes, Jesus was born in a manger, a trough from which animals eat, because all the rooms in Bethlehem were sold out.

In his book “Renaissance,” social critic Os Guinness talks about the surprising people who are connected with this baby boy, either closely in that Bethlehem stable or in Israel’s past:

“Who else would have chosen as a special servant the tongue-tied Moses; the slip-of-a-lad Samuel; the unlikely youngest-brother-of-eight David; the shy, hypersensitive introvert Jeremiah; the unmarried Mary; or the rough desert-living John the Baptist?”

That teenage mother, Mary, understood the paradox of the proud being humbled in her famed song of praise, known as the “Magnificat”:

“He has shown strength with his arm; he has scattered the proud in the thoughts of their hearts.”

The time was Christmas Day – 1,914 years after the birth of Jesus and a time of a great paradox.

Shooting stopped for a short time in the Great War, World War I. Men rose from opposing trenches in Flanders to meet that Christmas Day in an impromptu cease-fire, peace in the middle of war.

Men in enemy uniforms played soccer and swapped rations and smokes before hostile threats of courts-martial, firing squads and the like disrupted the friendly truce.

That great Christmas Truce of 1914 – its 100th anniversary is being celebrated this year – was over.

Word about this moment of peace and goodwill early in the Great War didn’t immediately make its way back to York, Pa., where the York Gazette’s headline said: “Christmas Day Brings No Rest to Great Armies.”

Indeed, the war America entered three years after the truce brought no rest for fighting men from York County or elsewhere. One hundred ninety-five York countians died in combat or from illness in World War I.

Yet, leave it to children to understand paradox – that great things can come from humble efforts.

The Gazette reported soon after that 1914 Christmas Day that the Sunday School of York’s Zion Reformed Church (now Zion United Church of Christ) joined in a national campaign for one million members to collect one million nickels buy one million Bibles to be given to one million wounded soldiers in Flanders fields and other the war-ridden parts of Europe.

Hundreds of local church children were part of that effort to collect small change for this national effort to aid the wounded of the Great War.

It was another humble Christmas-time example of radical peace and good will.

On the 100th anniversary of The Christmas Truce of 1914, read up on the event that brought peace to a very grim war: http://t.co/W6YMlsLOtO

Other holiday-related posts:
Pre-World War II Thanksgiving holds lessons for York countians today and Henry Laurens’ Christmas in York Town: ‘I will not quit my post, although I … fear that I may perish on it’ and ‘Sandpaper Sisters’ rubs readers right way.
+++ 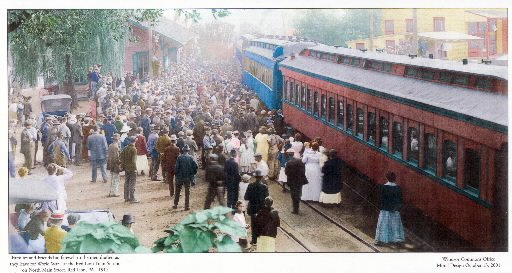 Military men leave for Europe and its Great War from the Red Lion Train Station in 1917. This mural can be seen in Metro Bank’s Lower Windsor Township office.