Mary Berg and her diary made her ‘Anne Frank before Anne Frank’: Now visible to York County and the world

Journalists at the York, Pa., Daily Record occasionally hear stories about people who have accomplished much on the national stage residing in York County retirement communities. We pursue those stories. Sometimes, the reports are true; sometimes not. Other times, the achievers do not want the spotlight. The case of noted writer Zora Neale Hurston comes to mind, although the spotlight would have helped this financially beleaguered Harlem Renaissance author. Hurston’s accomplishments were unknown in her later years in Florida, and in fact, her burial site has not been located. The YDR – and most of the rest of the world – did not know about the fame of the late diarist Mary Berg when she lived for many years in York County. But thanks to Mike Argento’s profile, we know her now. Also of interest: York’s heroic WW II chaplain profiled in Philadelphia’s American Jewish History Museum.

Other interesting stories and photos from all over … .

Outdoors art: On YorkTownSquare, we write about what people talk about and also follow local artists. This one combines both. 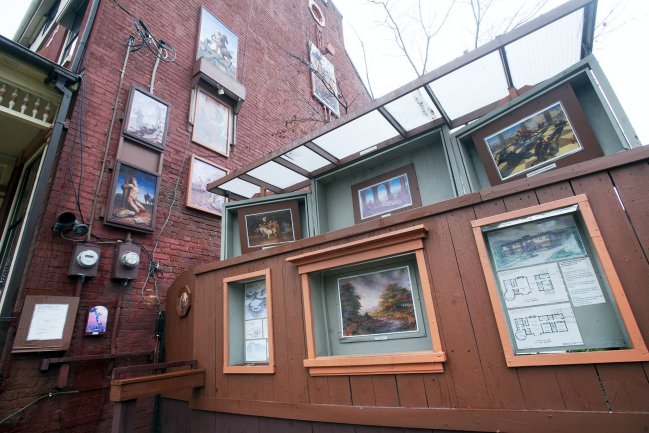 York Factory Whistle: Easy to listen to, harder to imitate. 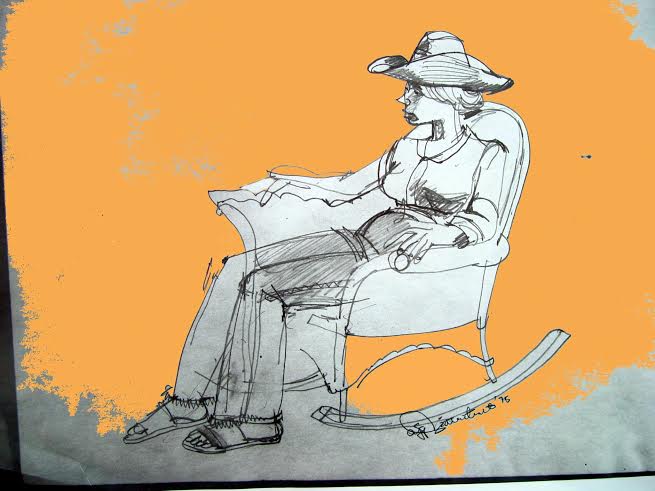 Noted former York artist Cliff Satterthwaite captures fellow artist Lorann Jacobs in the mid-1970s. She is widely known today for her public art, sculptures around York, Pa. Lorann (Giknis) Jacobs wrote me a physical Christmas Card!, he wrote. Which reminds of a YDR feature story about her father and fellow artist Leonard Giknis. See, we do cover artists on this blog!