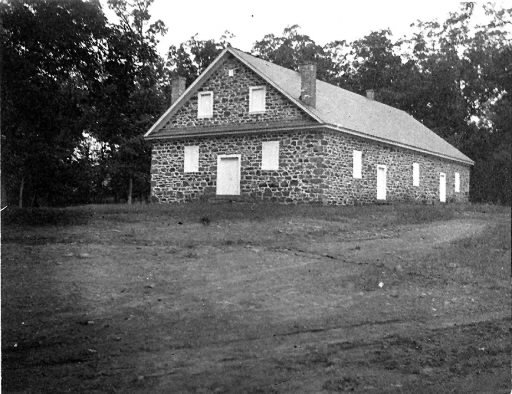 After seeing several recent posts on railroading, Joe Stein (jstein3@comcast.net), a York Town Square reader, wondered why so many lines ran in the southern and central parts of York County.

“What about the northern portion?” he asked.

York and Baltimore were rail destinations in the South, but surely Harrisburg was attractive in the North.
Here are some thoughts in response … .

The short-line railroads servicing the southern half of the county – the Stewartstown, Ma & Pa, and Hanover Branch – catered to farmers and their products. They hauled grain, ice cream and all kinds of things to market. So did the Northern Central Railroad, linking Baltimore, York and Harrisburg.
The northern part of the county was not as agricultural rich.
The soil was not as suited for farming, and the British Quakers, the large group settling the northern angle of the triangular county, were not agriculturally inclined. At least, this group was not known for their farming compared to the Germans, settling the limestone-rich central valley, and the Scots-Irish, in the southeastern angle.
Having said that, those living in the northern Redlands could use the Northern Central and the Cumberland Valley railroads, as connections to Harrisburg. And early on, the Susquehanna River above the falls around York Haven provided some degree of transportation.
So, those living in the northern part of the county were not isolated.
My column, published in the York Sunday News in 2007, gives a flavor for York County’s northern tier.
Notice historian Jim Rudisill’s priceless description of building stones used in the different areas of the county, comparing them with Neapolitan ice cream:

The day was Sunday, Jim Rudisill noted, so the tour of northeastern York County would cover religious sites.
First stop was nearby:
The cemetery beside his East Manchester Township house.
Notice that the headstones point toward the east, he observed. That is so when the Lord comes the second time in the Near East, those interred would rise facing him.
And as if he was addressing one of his former York city school district classes, he told tour-mate Luther Sowers and me:
Notice that those in this pre-1850, United Brethren cemetery are buried in the order that they died, not necessarily as husband and wife or families.
This stemmed from their beliefs, based on Jesus’ teachings, that there would be no marriages in heaven.
……….
Religion is such a strong part of America — and York County’s past — that it’s curious when respected historians overlook its impact.
In recent years, I’ve either read or listened to taped books of respected writers: David McCullough’s “John Adams”; Joseph Ellis’ “Founding Brothers” and “His Excellency: George Washington”; Garry Wills’ “James Madison”; and Edmund Morris’ “Theodore Rex.”
The religious faith of these great American leaders — or lack of such belief — is scarcely addressed, if at all, in these works.
Well, these esteemed historians should spend an afternoon with local history dean Rudisill, and they’ll swear off their dualistic separation of the sacred from the secular.
A sampling of Rudisill’s tour of other northeastern county sites:
Saginaw
This village’s name was changed from New Holland around the turn of last century because another Pennsylvania post office claimed that name.
The Rudisill tour included the old Lutheran cemetery, whose most prominent resident is Adam Wolf, founder of today’s Wolf Organization.
Parts of the cemetery bore graves with Eastern European names, unusual in this heavily Protestant area. This was the burial ground for workers at the nearby J.E. Baker quarries.
They formed a Roman Catholic congregation in what is now a private residence in Saginaw. The Catholic parish in those parts today is served by Holy Infant church in York Haven.
In fact, Rudisill noted, the first white man believed to have passed through York County was the French Catholic explorer Etienne Brule in 1618.
Lewisberry
As we wound toward Lewisberry, I asked Jim to recount how buildings can give clues about one’s whereabouts in York County.
Think Neapolitan ice cream, he said.
In the southeastern part, a stone of a medium brown color was used. In the Codorus Valley, builders used white limestone.
The stone of choice in the county’s northern part was dark, reddish sandstone, hence its name, Redlands.
That was the stone used to build the Redlands meeting house (1811) near Lewisberry, one of three standing today in that area.
The best-known is the Warrington Meeting House (1769) in Wellsville, farther west. The Newberrytown Meeting House (1792), now a private residence, bears little resemblance to a church.
A lonely stepped structure sat in the lawn at the Redlands. That afforded women easy access to wagons or horses, Rudisill conjectured.
The nearby cemetery presented interesting features.
One stone marked the grave of the primary musician for the 2 Iowa Infantry, a fighting Quaker.
Rudisill pointed to a headstone carved with the date of a woman’s death, 1860, and her age. Using this information, her date of birth would have been 1799.
Quakers believed the death date actually was the birth date, the moment they were “born into the spirit world.”
On the way
On the way back, we drove past Hoover Cemetery in Starview.
There, a tombstone chiseled to resemble a postcard marks the burial site of a family of collectors.
The postcard is generically addressed to Mr. and Mrs. America, Mount Wolf RD1.
Its carved note said, “We enjoyed our stay here.”
The same could be said of this vintage Rudisill-led Sunday excursion through York County’s northeast.