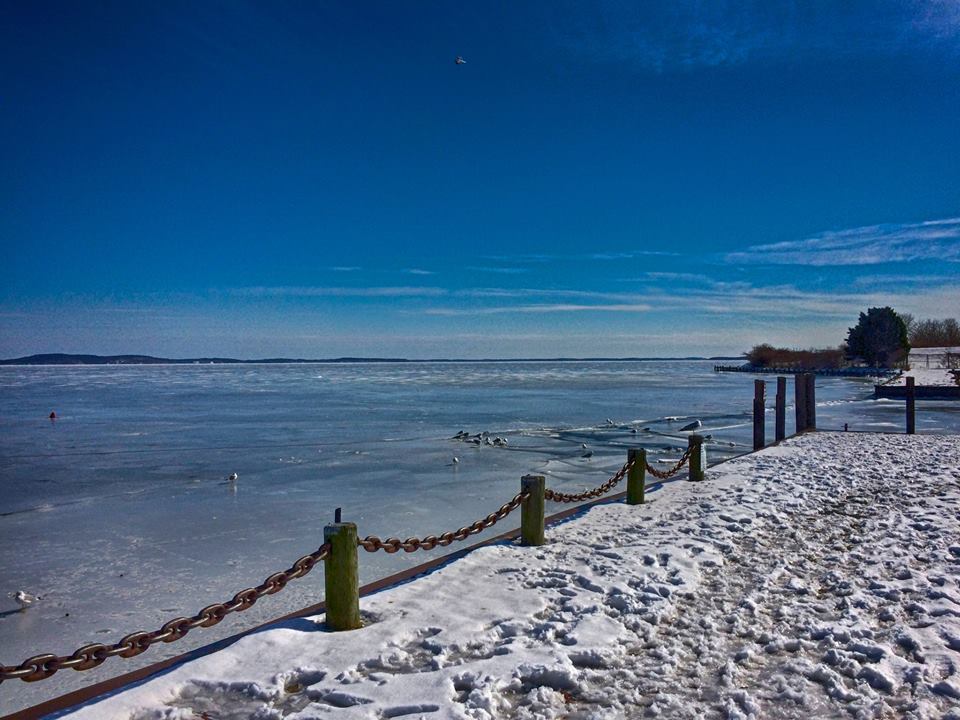 ‘The Bay is more solidly frozen than I’ve seen it in the thirty years I’ve live(d) around here,’ Maryland resident Don McClure wrote on Facebook about the region where the Susquehanna River meets up with the Chesapeake Bay. ‘That’s snow on the frozen Chesapeake Bay, Susquehanna Flats,’ he wrote. It was a cold February when Don McClure, a photographer whose work often has appeared on YorkTownSquare, wrote this. March is starting that way, too. Also of interest: This old lock, a mill, a mansion and a ghost town. Only a bit more than 15 miles from York County .
+++

A random bit of history: In the Capitol

+++
Linked up: Class connects the Codorus eagles with the Roundtown Buddy Bench:

@JamesMcClure How many Buddy Benches does it take to weigh the same as an eagle’s nest? Take a look! http://t.co/k9RyfjUAZA