These 8 views show how Market & Beaver has been home to key York, Pa., players

The Zodiac Club opened its doors in 1998, replacing The Fenix. And it closed a few short years later. Its rise and fall came shortly before York was banking on Harrisburg-style entertainment clubs along that section of West Market Street. That plan was short lived. Well, the long-gone Zodiac’s digs are set for tenants of a different type. The building is now part of the Royal Square development group. Still, remnants of the Zodiac are around, as this photo attests. Also of interest: Market and Beaver Street intersection is ‘a changin’.’

The old  Zodiac Club building at North Beaver and West Market streets has played host to many tenants  over the years.

Check out this somewhat random sampling of photos below:

But first a bit more on the Zodiac: When the Zodiac opened in 1998, the York Daily Record reported: ‘Gone were the gothic nights that drew scores of young people dressed completely in black. Gone, too, was the place that for decades had been a haven for the under-21 crowd looking for an alcohol-free place to dance. The Zodiac Club opened its doors in late September to fill that void – in the same building occupied by the Fenix, and by Big City going back to the 1980s. But country and hip-hop have replaced Marilyn Manson, and line dancing has replaced gothic’s uninhibited moves.’ Here’s the inside/out view along Beaver Street. 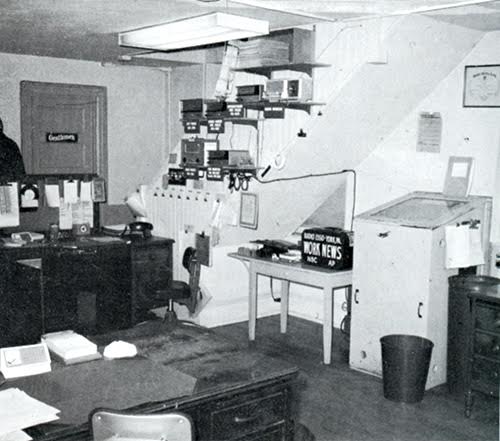 Long-time Yorker Roy Flinchbaugh emailed a reminder that WORK radio, York’s first radio station, operated from the building at 13 S. Beaver St. ‘As you probably know, the radio station WORK with Doc Dougherty was located on the second floor of this building. What you may not know is that my father & his brother had a clothing store in what was later the Weinbrom area for a short time in the ’20’s before moving to a location on the square. Flinchbaugh Bros. moved to 15 N. George St. in the ’30’s & were there for over 20 years. My Dad’s brother died & then Dad had the store by himself until he retired. My sister & I took it over at that time & ran it for another 15 years at the location Dad had moved to in the Colonial Shopping Center. Then we closed. I knew nothing about the Zodiac Club prior to the article today.’ Photo courtesy ‘Greater York in Action.’ Remember this scene? This might have been the last time this intersection was so crowded. Presidential candidiate Hillary Clinton made an appearance here in 2008. Of course, most people remember the building as the longtime home of Weinbrom Jewelers. Here’s Mi Hwa Harrold, who learned about the jewelry craft in the 40 years she worked  at Weinbrom. See an enlargement of the photo below. York City and that corner, seen in its heyday, in the 1950s. This photo is courtesy of the York County Heritage Trust. This photo has a handwritten inscription about the building’s neighbors. Royal Square hopes to put a corner restaurant, retail space, bedroom apartments and loft-style apartments in the building.

Zodiac. Weinbrom’s. WORK. Reed’s. Somewhere along the line, it was the Koch building, as this plate states.

Check out this photo gallery of the old Zodiac Club.