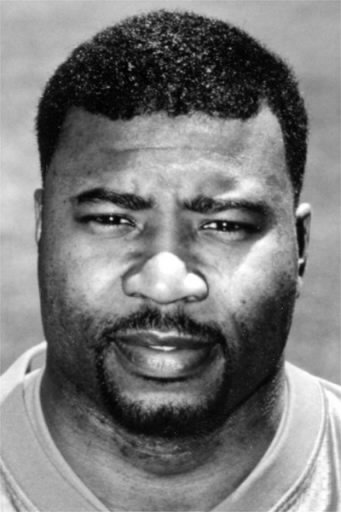 William Penn High School grad Chris Doleman was one of several York countians to score success in the NFL. In fact, more success than anyone. He was voted into the NFL Hall of Fame in 2012. Background posts: Lineup full of sports stars with York County links and Hinkey and the Babe teamed up in ’23 and Names of stars from York County with pro sports links just keep increasing and A journey from Delone Catholic to the Super Bowl.

Dover’s John Kuhn is part of a short list of York County athletes who have made the NFL in recent years.
A sampling of former NFL players born in York County to join Kuhn, the former Pittsburgh Steeler and current Green Bay Packer into professional football, according to a York Daily Record report:

||• Chris Doleman (York): An all-state selection in football, basketball and volleyball at William Penn High School, Doleman went on to become an All-American at the University of Pittsburgh. A defensive lineman, Doleman was drafted fourth overall in 1985 by the Minnesota Vikings. He spent 15 seasons in the NFL and retired as one of four players with more than 150 sacks.
• Omar Brown (York): The former William Penn High star played cornerback at North Carolina before joining the Atlanta Falcons as a fourth-round draft pick in 1998. He spent two seasons in Atlanta and gave the XFL a shot with the Orlando Rage in 2001.
|• Scott Fitzkee (Red Lion): A football and track standout at Red Lion High, Fitzkee started at receiver for Joe Paterno at Penn State from 1976-1978. Fitzkee was drafted in the fifth round by Philadelphia and spent two seasons with the Eagles and two more with the San Diego Chargers. He won two USFL titles with the Philadelphia/Baltimore Stars before retiring.
|• Lincoln Kennedy (York): Kennedy was born and raised in York but moved to San Diego at age 12. An offensive lineman at the University of Washington, Kennedy was a first-round pick of the Atlanta Falcons in 1993. He spent three seasons there before a trade to Oakland in 1996. He retired after the 2003 season, having played in a Super Bowl and three Pro Bowls.
|• Jon Witman (Wrightsville): A former star at Eastern York High, Witman played fullback at Penn State. He was a valuable contributor as a blocker and pass-catching threat out of the backfield on the Nittany Lions’ undefeated 1994 Rose Bowl squad. Pittsburgh’s third-round pick in 1996, Witman started 43 games for the Steelers during a six-year NFL career.
|• Ron Johnson (York): The York Catholic graduate was a standout defensive end at Shippensburg, where he played with John Kuhn. He was signed by Philadelphia in 2003 and appeared in three regular-season contests. In 2005, he was selected first overall in the free-agent phase of the NFL Europe League draft by the Hamburg Sea Devils.

That short list omits Woody Bennett, that 10-year vet of the Dolphins and the NFL in the 1980s.
Actually, Bennett was among the most successful York County athletes of all time, as this article, appearing in the York Daily Record in 1993, suggests:

This Sunday, it will have been exactly 10 years and one day since Woody Bennett jetted to California, strapped on his helmet in the Rose Bowl and played in the first of his two Super Bowls.
His Miami Dolphins lost to John Riggins’ Redskins that day, Jan. 30, 1983, 27-17. This Sunday, as the Super Bowl returns to Pasadena, Woody Bennett will spend the afternoon watching the game at his church, Living Word Christian Center in Baltimore, surrounded by his brothers and sisters. “A big thing,” he says. Buffalo vs. Dallas, Jan. 31, 1993.
To look at these two days, in their contrasts of the chaotic and the harmonious, of the ribaldry of the greatest one-day event in American sports and the quiet sanctuary of the church, you would know his story even if you knew nothing else about York’s Woody Bennett.
They are days separated almost perfectly by a decade that brought Bennett to his best season (1984, 606 yards, seven touchdowns), another Super Bowl (1985), another Super Bowl loss (to the 49ers), contract battles, injuries, an inglorious release after 10 NFL seasons, and then into the highs and lows of the business world.
Woody Bennett has a new outlook on life as ordained minister on the staff at Living Word. He looks no different.
The body is still sculpted, his chest massive, his muscular legs still seemingly powerful enough in their step to carry tacklers into the end zone as he did with his 7-yard touchdown run to beat the Jets in the AFC Championship game in 1983.
“But I’ve totally changed,” says Bennett, now just short of his 38th birthday. “My personality, my presence . . . because of the spirit of God in my life. My perspective has changed, I look at things differently.”
He held out of the Dolphins’ camp in 1987 over the difference between a $225,000 contract and a $240,000 contract. Before facing the Jets – the team that had cut him – in the 1983 title game, he was quoted as saying: “I’ve been waiting a long time to get a shot back at the Jets. Not for revenge, but to hurt them. Get back at them for what they did to me.”
Ten years ago, he was susceptible to the frolics of a 27-year-old with money in his pocket, a certain measure of fame and the allure of the good life pro athletes are so often associated with.
“I did the bar scene as well as someone who would not be saved,” Bennett said, with no righteousness nor holier-than-thou tone attached; just that new perspective. “I always was what you would call a religious person. I went to chapel, I prayed . . . but I lived like someone who didn’t know Christ.” He wasn’t a star, but he was a professional athlete in America. Enough said.
And like so many of his peers, he got to be 35 and found it wasn’t enough. The bars grew boring.
The Dolphins released him in April 1989, a long-shot walk-on who had outlasted hundreds of higher-profile draft choices. An accomplishment, but not enough to live on the next 35 years of his life. He tried assorted businesses.
Bennett’s 34 was a hot York night spot, but underage drinking violations soiled his name. He sold out. He opened a chicken & ribs carryout in the city, but it lasted little more than a year. He involved himself with charities and civic organizations.
Still, he was empty. “My life changed drastically (after football),” he said. “When you go from a six-figure income to no income, your life changes.” It was more than even that, though, which began his path to Living Word and to the Jesus Shop, a Christian book and clothing store that he and his wife op erate in Baltimore.
“It was a matter of coming to the realization that I’d done just about everything, had just about everything I wanted, but I was still very unhappy,” he said. “There was still a void in my life that needed to be filled. It got to the point where I really didn’t care about anything. “I really started searching in myself to find out why Woody Bennett existed. To know it wasn’t just to play a little football . . . I already had the foothold, but I hadn’t realized it.”
Ironically, the foothold he’ll enjoy Sunday when Living Word buses in boys from several Baltimore high schools to watch the Bills and the Cowboys is built upon the capital of those 10 years running through the NFL. And even on losing those two Super Bowls.
“It gave me the platform . . . that having played football I would be able to minister and to speak to kids . . . because of the platform (God) gave me.” Who knows what path his life might’ve taken had the Dolphins won 10 years ago, had he not inexplicably been shut out of the Dolphin offense after scoring two playoff touchdowns.
“A lot of times if you get into too much success, you lose focus,” he says. “Then you just kind of fall away. “I don’t think all 49 guys lost that day for my purpose . . . but I do think everything has something good in it.”