Newberry Street great for York snow photos: ‘You have a hill, a curve, and interesting architecture’ 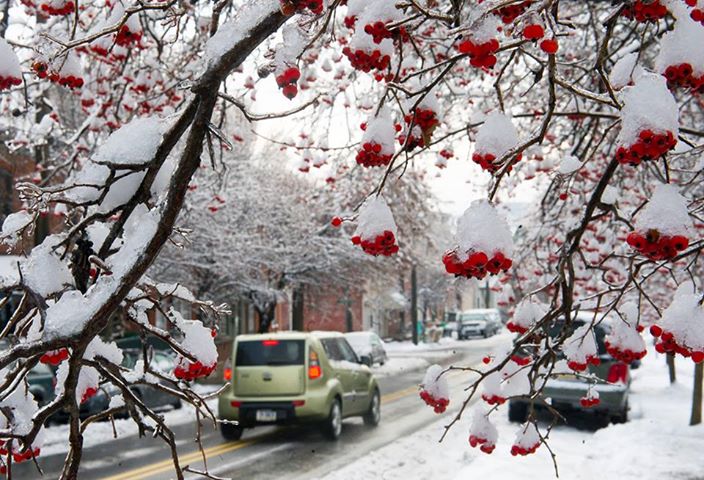 This York, Pa., scene from weekend storm went viral on the York Daily Record’s Facebook page and beyond – and rightfully so. The colors are gorgeous. YDR photographer Paul Kuehnel responded to the more than 600 ‘likes’ and comments: ‘Newberry St. is a favorite snow place for me. You have a hill, a curve, and interesting architecture.’ When asked what provided the red in this photo, Paul emailed back that he believes its a hawthorne berry or some other type of berry. ‘I liked the green car contrast,’ he wrote. Another storm is on its way tonight – an Alberta Clipper. But some weather forecasters believe the storm might miss York, leaving this county’s count at three in about a week. Also of interest: York, Pa.’s, snowy Continental Square from on high: How did the photographer get this picture?

“One of my favorite examples is subcontractor Floorola, a very small maker of floor polishers with a staff of five, which soon had 30 workers machining parts for gun carriages for York Safe & Lock and aluminum castings for Glenn Martin bombers and Fairchild training planes.”

The York County Heritage Trust Library, she notes, has original York Plan records for researchers to use.

How the Welshmen lived: This Coulsontown Welsh miners’ cottage was open for the public to see Sunday.

A busy guy: Chris Otto, former YDR sports editor, operates an interesting ephemera blog, Papergreat. He also posts great stuff on his own Facebook page. Recently, folks on the I grew up in York, PA in the 70’s and 80’s FB page responded well to his post there about an old York Mall fun book for children. Check out all three sites.