New word here: spionnetje, Part 3. And they were once all around York, Pa. 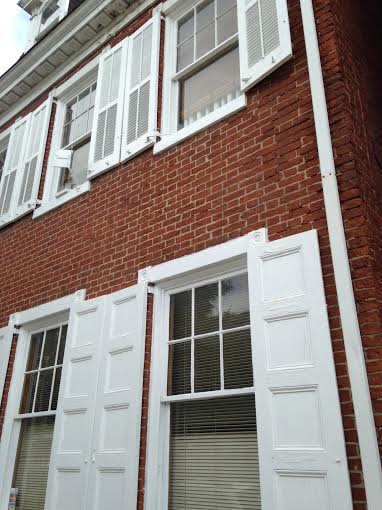 Some months ago, Tom Gibson alerted us to the presence today of busybody mirrors, also called spionnetje, that were staples on building around York, Pa., decades ago. We found one on West Market Street near Union Lutheran Church. Just yesterday, Tom pointed out that one was posted on a building on East Market Street. So the hunt was on, and wouldn’t you know it? I’ve walked by this mirror, at 262 E. Market, scores of times on my way to the York County Heritage Trust, at 250 E. Market. This one kind of blends into the building, a spionnetje hidden in plain sight. The mirror allowed upper story residents to see who was at the door or up or down the sidewalk below. Also of interest: New word here: spionnetje. And they were once all around York, Pa.

The Star-Spangled Banner anniversary celebration over the weekend? York countians had a hand, literally, in it.

Local stitchers worked on the replica banner that was part of Fort McHenry observances in connection with the 200th anniversary of the national anthem. For more, check out: Local stitchers. 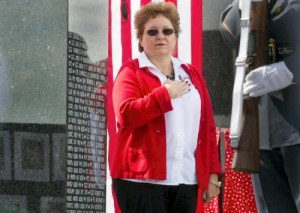 The name of Michelle Dyarman of Heidelberg Township is now on the Court of Valor at Prospect Hill Cemetery. For details about the ceremony honoring Dyarman and many others, check out: Monument.

History mystery: Some folks liked learning about this mystery place – although it wasn’t a mystery to many others. Check out this Facebook post for another photo angle on this big,  beautiful dam.