Well, here’s a cityscape you don’t see every day. Although now, you can, if you travel along the York County Heritage Rail Trail’s Northern Extension, left in photo. You now have easy access to this spot, looking at the Route 30 bridge, center, with the city to its south. The new trail runs from Rudy Park to a lot near Loucks Mill Road, near Route 30. Eventually, it will lead into the city and meet up with the rail trail’s main trunk that runs to the Maryland Line along the path of the old Northern Central Railway. A question that’s out there: Codorus Navigation was a series of dams and locks that made the creek navigable from York to the Susquehanna River starting in the 1830s. Does the extension follow the navigation system’s old towpath in full or in part? History aside, the extension has many benefits. Here are two: It opens the beautiful natural area of the York Narrows to visitors and will mean pedestrian and bicycle traffic into York City’s markets and shops when it punches through. Check out this York Daily Record photo gallery of scenes along the new trail. Also of interest: Will this old bridge gain new life on York County’s Rail Trail?

Other unrelated, neat stuff from all over … .

‘Beginning in the late nineteenth century the National Labor Relations Act protected the rights of employees and employers, and the Fair Labor Standards Act outlined minimum wage, overtime pay, record keeping, and youth employment standards. The exhibit also highlights the first time-recording companies, the typical workday in the nineteenth century, labor unions, and the possibilities the future workday may hold.’

The York Daily Record’s exploration of York City neighborhood continues: This video show life in southwest York, that area around the York College campus. Check out this story and photo gallery, too. 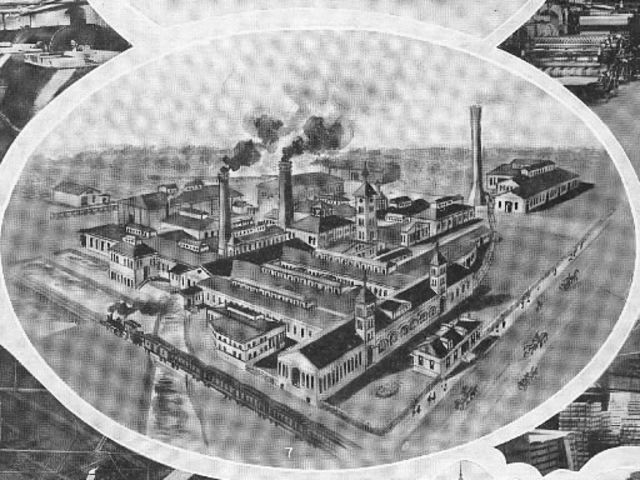 How well do you know Spring Grove? Take this history quiz to find out. Here’s a sample: When was Spring Grove incorporated as a borough? Easier: What factory is seen in this photograph? 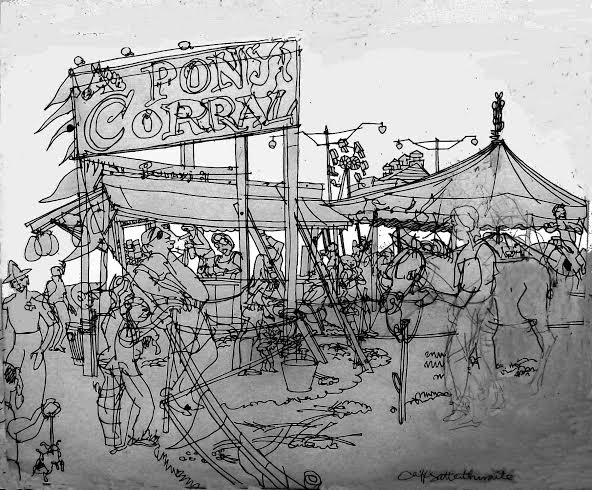 Pony Corral, 1967 York Fair style, courtesy of artist Cliff Satterthwaite. The fair is observing its 250th anniversary this year. For more from this artist – about 100 drawings and paintings – check out the Satterthwaite category.

History Mystery: This was for Friday. But it’s chilly this a.m. too.

History Mystery: Some snowflakes have been reported overnight, but nothing like this 1861 snow – a late spring storm…