New visitors center gets buzz, but court to rule on old Cyclorama site 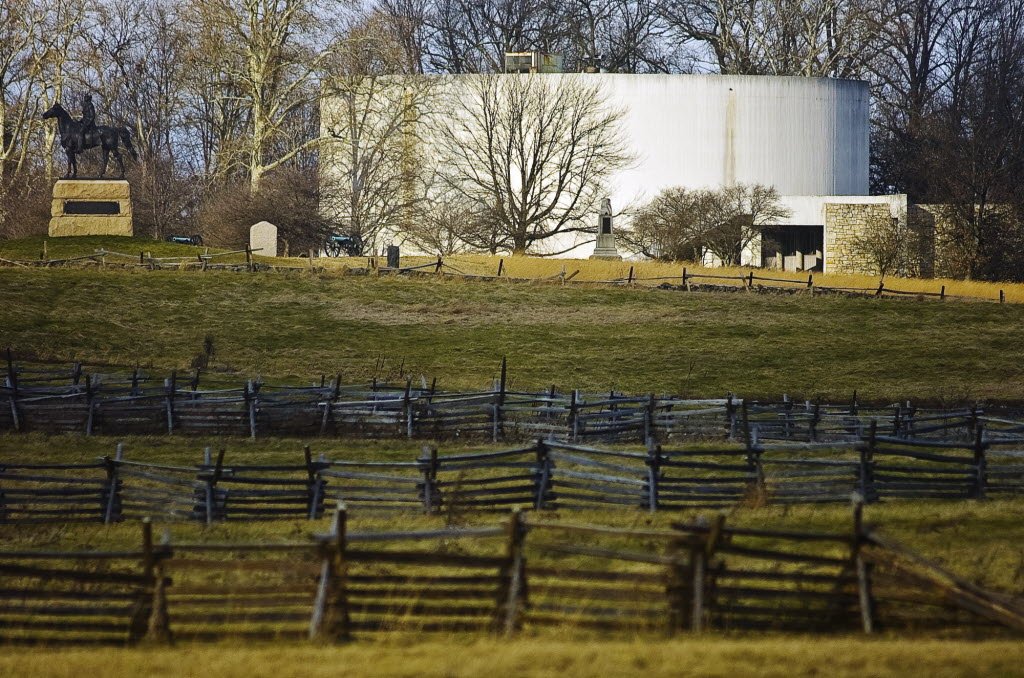 It’s a classic fight between two sides interested in preserving history.
The National Park Service in Gettysburg wants to restore the area covered by the old Cyclorama building and Visitors Center to its Civil War-era appearance.
Opponents of its demolition consider the four-decade-old Cyclorama an artifact, an architecturally significant building worth preserving.
A court will decide the matter, but it seems the Cyclorama preservationists are, well, fighting uphill. Perhaps it’s time for the plaintiffs to seek a truce. Maybe the park service could work in a model of the old Cyclorama building into its exhibits at the new Cyclorama building.
Here’s how a York Sunday News story (4/20/08) describes the dispute: 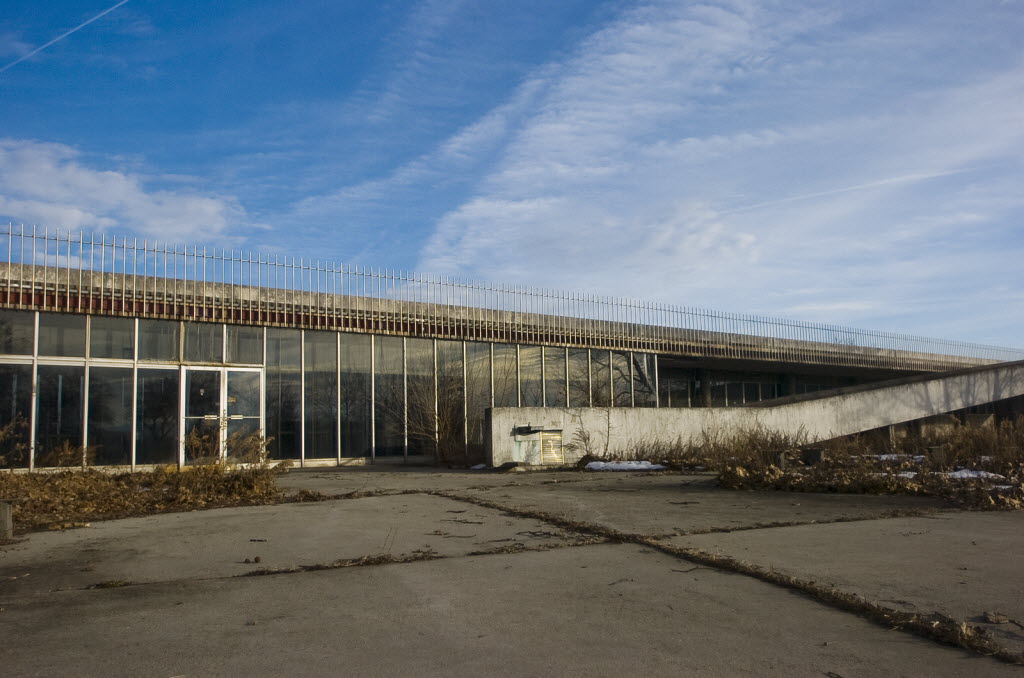 The fate of the old Cyclorama building apparently will be decided in court.

While tourists and Civil War buffs crowded the new Gettysburg National Military Park Museum and Visitor Center on opening day Monday, the civil dispute over the fate of the historic Cyclorama Center continues.
The building that welcomed battlefield visitors for more than four decades is slated to be demolished in 2009, and the area, known as Ziegler’s Grove, is to be returned to its 1863 appearance.
In December 2006, the Recent Past Preservation Network, the nonprofit organization’s president, Christine Madrid French, and Dion Neutra, the son and partner of the center’s architect, sued the National Park Service and the federal government to prevent the demolition of the 45-year-old building.
The RPPN claims the park service violated federal requirements in condemning the center to prepare for the reclamation of Ziegler’s Grove, a stand of trees on the northern end of Cemetery Ridge where Union batteries fired on the Confederates during the second and third days of the Battle of Gettysburg. The plaintiffs also contend the park service ignored or failed to examine possible alternatives including moving the center.
In seeking a reprieve for the building, the RPPN argues the center, dedicated by President Dwight David Eisenhower in 1962, is the only example of architect Richard Neutra’s designs to be found east of the Mississippi River; is eligible for the listing in the National Register of Historic Places; and, in 2006 when the center was closed to the public, was listed as one of the 100 Most Endangered Sites in the World by the World Monument Fund.
Meanwhile, the cleaned and restored Cyclorama painting is scheduled to open in the new visitors center Sept. 26.