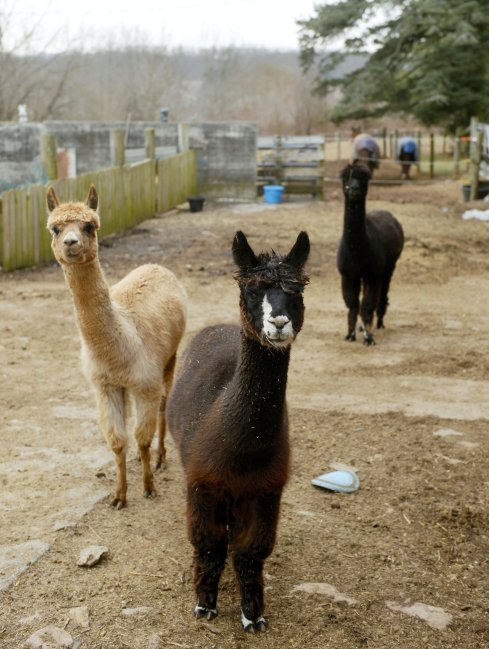 Alpacas such as those seen here on Shady Pine Farms in North Hopewell Township are relatively new to York County, Pa., soil. But as the desire for natural fibers has grown in America, this South American animal is increasingly seen around York County, a county that is no stranger to working in the carding, weaving and spinning business. In fact, a museum is opening to educate and observe York County’s long relationship with textiles. See two more photos below. Also of interest: David Kline of Family Heirloom Weavers at work. 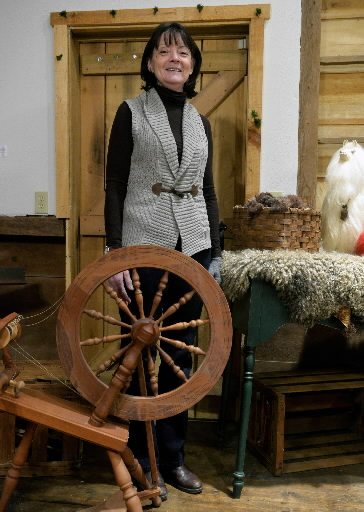 Debbie Mancuso is one who recognizes the importance of textiles in York County’s past. She is executive director of the Teaching Museum for the Fiber Arts and Textiles, which will open in a North Hopewell Township barn that will house the museum, set for a summer 2015 opening.   Also of interest: Old textiles factories converted into apartments. 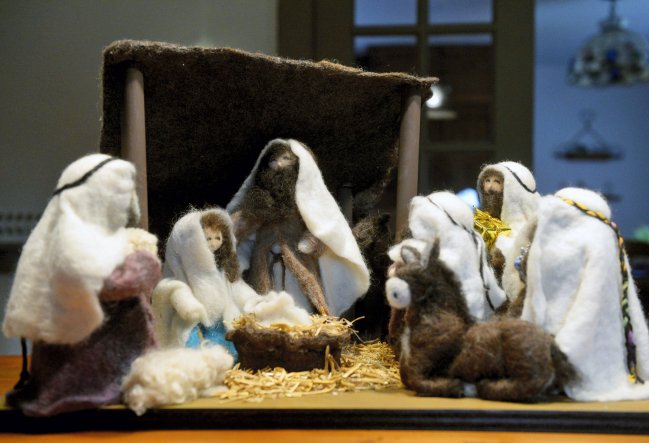 This Nativity scene is an example of the type of exhibit that will be displayed at the textile museum at North Hopewell Township’s Shady Pine Farms. The opening of the museum is an interesting against-the-grain move. Many museums across America, with dire funding needs, are consolidating or reducing hours. A York Daily Record/Sunday News story about the planned textiles site states: ‘The museum being planned in York County will include history about the local sewing factories in York County. Many communities had them, Mancuso said.’ Read more about the museum: Fiber arts and textiles.

The central market in York: Ah, remember your first visit to market?

First experience at the @CentralMktYork ! Lovin’ it. #newhere #foodie pic.twitter.com/XX9CV4LErP

Tom Wolf’s inauguration: Getting some more York County-related scenes on the record from last week’s installation of this county native as Pennsylvania’s governor.

+++
History Mystery: So, which local furnace produced this cannonball?