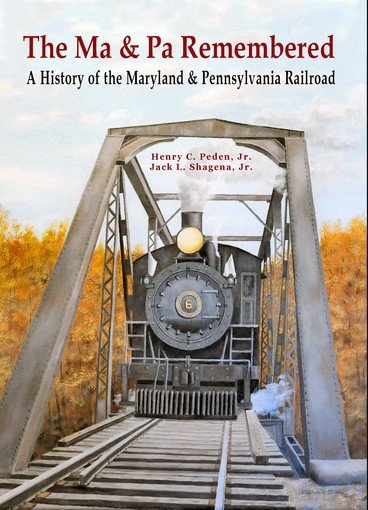 The headline in the Aegis newspaper in Harford County, just south of York County in Maryland, stated: “New book on Ma & Pa Railroad is a definitive work on ‘America’s favorite short line’ ” A reviewer of the book in the Aegis story opined: “Rail enthusiast and author James E. Dalmas calls a new publication by Harford County authors Henry C. Peden Jr. and Jack L. Shagena Jr. ‘the ultimate book about America’s favorite short line railroad, the famous Ma & Pa.’ ” I can’t wait to read this 502-page book. I thought another book on the Ma & Pa., George W. Hilton’s “The Ma & Pa” was thorough, well-documented and readable. So it’s great that researchers are continue their study of this quirky, winding railway, which ran through southeastern York County to York. The new book is available from author Henry Peden at 410-879-8717. Also of interest: Ma & Pa Railroad, Muddy Creek Forks draw fans.

Joe Brillhart is a thoughtful observer of York County and beyond.

“Until he gave it up a few years ago, Frank was my long time barber, and he may have been the last here in York who always finished up your garden variety haircut with an old fashioned straight razor ear and neck  trim.

“But Pearl and that start of the War brings back one particular story memory from my mother, Katharine Ruby Brillhart. I was born at York hospital on 12/27/41, a mere 20 days after the Pearl Harbor ambush. It must have been medically customary in those days for new mothers and their infants to remain in the hospital for a week or more after delivery. She related to me that York Hospital regularly practiced air raid drills where blinds were pulled, lights were doused, and the new moms with their babies were put under the protective cover of their beds.

“If you think about the implications of this, it highlights that WW II may have been last wartime where Americans as far removed non combatants had enough fear of a possible enemy that we regularly took precautions against the possibility of an attack. Cold war “duck and cover” school exercises excepted, I don’t think we ever did this after that in all the remote, low profile at home, guns and butter conflicts we’ve had since then.”

The point that Joe made in the last paragraph. Interesting.

In this day of nuclear weapons, we might not have an opportunity to be fearful.

Check out this story: A York countian is the oldest living guard of the Tomb of the Unknown Soldier.

Forum of the day: A motorist tried to drive through a standing lake crossing this Warrington Township road. You got to see this picture and comment in the York Daily Record/Sunday News editorial: “Your car is not a boat.”