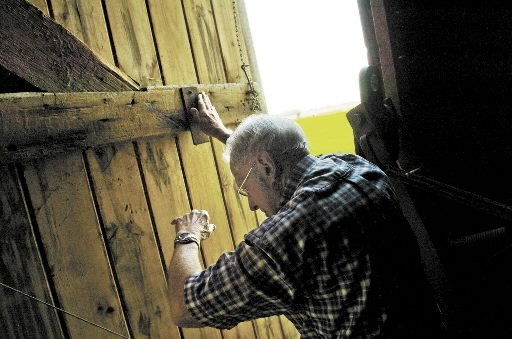 John Horner is an Adams County farmer who expects to be the last of his line working land that has been in his family’s hands for more than 200 years.
The farm might remain a farm, thanks to its placement on the National Register of Historic Places.
But it received that status after labor-intensive and tedious paperwork… .

If this farmer was like many in York and Adams counties with no heirs, his farm might some day end up in the hands of a developer.
So John Horner’s farm serves as a snapshot of what’s happening everywhere in this region as once-deep southcentral Pennsylvania’s agricultural roots slowly decay.
A York Daily Record/Sunday News story (5/26/08) on the Horner farm follows:

The Horner family has been tilling the same Adams County soil since two years after the county was carved out of York County in 1800.
Though the family arrived in Mount Joy Township in 1760, when brothers Robert and David bought 600 acres south of Gettysburg from the heirs of William Penn, the family has farmed a homestead on a property off what is now Mason-Dixon Road in Cumberland Township.
David’s son, Alexander, bought the 440 acres in 1802.
And the family’s not left the property since. The Horner family has had its share of doctors, teachers and militia men, but John B. Horner Jr., 80, the current owner of the homestead, said most were “tillers of the soil” on the farm, of which only 121 acres remains. Only 100 of that is farmable.
John Horner’s great-great-grandfather built the home that sits at the edge of the land, and every one of the men in the family since then might have been born in that house.
That trend may end as Horner does not think his children will take over the farm after his death.
And the farm that has been in their family for more than 200 years will remain a farm, just not in the family name.

Historical recognition
Four plaques adorn the door frame of the Horner home boasting its historical status. The Horner farm is a Pennsylvania Bicentennial Farm, meaning for more than 200 years, it has been inhabited by a direct descendent and is still a working farm that generates at least $1,000 of income each year.
In Adams County, there are only four bicentennial farms, according to the Pennsylvania Department of Agriculture.
The honor recognizes the farms and families that have contributed to Pennsylvania’s heritage.
While John Horner grew up farming the land with his family, he does not any longer. He rents the farmable land to people who live across the street and raise beef cattle and grow wheat, hay and corn.
The southern boundary of the farm used to be the accepted state line before the Mason-Dixon line was established in the 1760s, John Horner said.
It was a long process and 22 pages of paperwork, which finally had to be turned over to professionals, but in 2007, the Horner property was listed in the National Register of Historic Places by the Pennsylvania Historic and Museum Commission and National Park Service.
There are only 70 to 80 Adams County properties on the national registry, Horner said, although three times that many are eligible for the recognition.
The house has received many awards, including a restoration award from Historic Gettysburg and Adams County in 1986 and a Manor of the Maske recognition, meaning it is part of the original 43,500 acres set aside by the William Penn family for the enjoyment of its heirs. 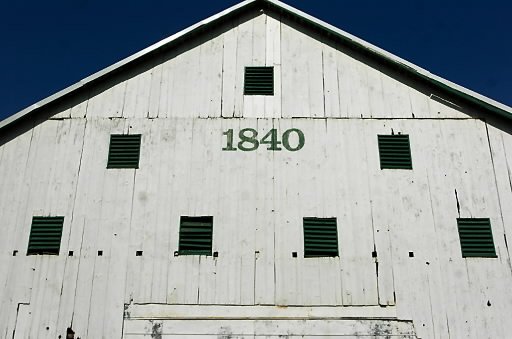