National House’s porches probably made for comfort in York, Pa.: ‘Early air conditioning, if you like.’

This then-and-now look at White Hall Hotel/National House/Holy Hound shows the change from what artist William Wagner saw in 1830 to today. After this York, Pa., Daily Record  ‘Picturing History’ scene appeared on Facebook York C0unty architect Richard Bono gave a bit of helpful color commentary about this York, Pa., landmark: ‘I designed the renovation of this building in 1984… . This indeed is the older front facade. Though the original was not as long, and did not have as many side porches as shown. The building today was designed to the circa 1860 ‘period of significance,’ just before the Civil War. It was done from a photographic plate still in existence. I designed the cut out balusters from that photo, enlarged. The same is true with the ‘lantern’ (cupola) at the apex of the front roof. The porches (or galleries), I speculated at the time, were an early attempt at making the hotel more comfortable… early air conditioning, if you like.’  This old building was about a decade old when Martin Van Buren (1839) and Charles Dickens (1842) walked through its doors.  (Wagner art courtesy of York County Heritage Trust). Also of interest: Check out these past posts involving William Wagner’s art and Other Picturing History photographs.

A lot of say: Click on the commenting icon to to see what YDR Facebook fans are saying about the unexpected result from the Smithsonian. 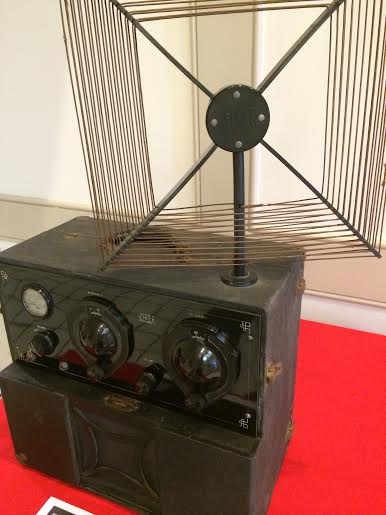 Dennis Kunkle is widely known for refurbishing old radios. He’s made the fruits of his hobby available for fundraising in the past. And now again this year. This one will be auctioned at the York County Heritage Trust’s Art & Leisure Auction on April 24. 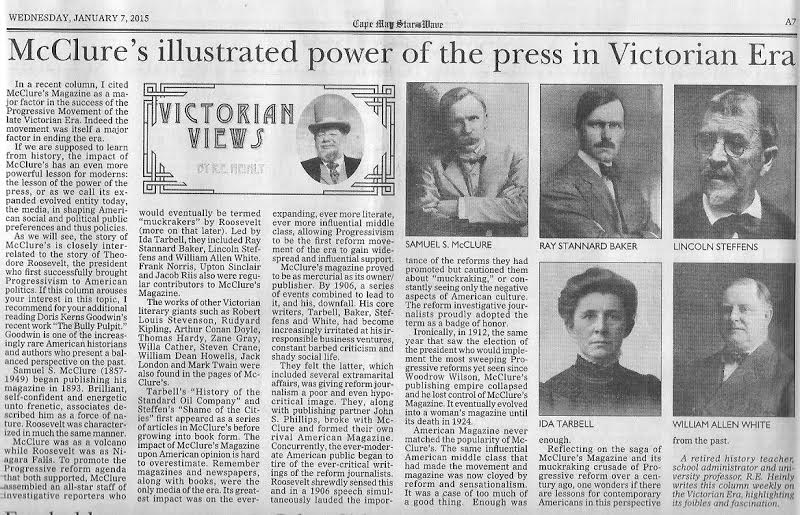 Ron Reinhard sent this clipping along from ‘McClure’s Magazine’ because of my common name and interest in history. ‘R.E. Heinly writes a weekly column about the Victorian era in general and how it relates to Cape May in particular,’ Ron wrote. ‘The clipping refers to “McClure’s Magazine” as a reference/resource for some of his writings. Is there anyone in your family who would have been responsible for producing that magazine?’ We appreciate the note from Ron. As far as I know, I’m the only journalist in this branch of my family looking backward. Going the other way, my son, Joe, is an editor for The Patriot-News in Harrisburg.

History Mystery: This intersection, in the news, now and then … .