Much of Sinking Springs Farm to remain in farmland after subdivision 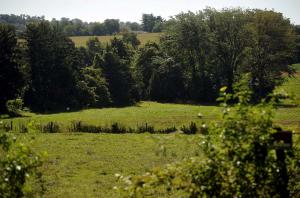 Sinking Springs Farm has been in the news recently. The historic Manchester Township farm, framed by Church Road, Sinking Springs Lane, North George Street, Locust Lane and Susquehanna Trail, has been going through the channels for subdivision. A York, Pa., Daily Record/Sunday News story says: ‘The plan is for five of the 11 lots to be subdivided into 10-acre parcels that would allow for one single-family home apiece. However, based on the restrictions of a conservation easement attached to the land, only two acres of each parcel could be developed. Thanks to the easement, a majority of the remaining property will remain farmland, never allowing for further development … .’ Also of interest: Transportation-oriented Emigsville, near Sinking Spring Farm, a walkable community. 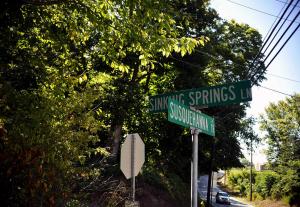 A brief history of Sinking Springs Farm, according to the YDR: The farm was placed on the National Register of Historic Places in 2000. Louis Appell Sr. bought the property in the 1930s, and the Appell family, with interests in Pfaltzgraff pottery and broadcasting, renovated the farms manor house and built radio towers – WSBA’s antenna, on part of the property. Also of interest: Longtime York County media icon WSBA radio and WPMT 43 have common roots.

About 50 living recipients of the Medal of Honor meet in Gettysburg next week as part of 150th anniversary observances of the first medals.

Here’s a question from YDR Facebook for comment below: Do you think people pay enough tribute to those who received a Medal of Honor? What about to members of the military in general? 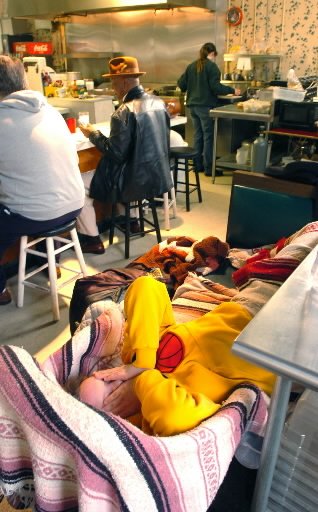 History mystery photo: This eatery is not just any restaurant. It’s feeds its patrons inside a historic building that is particularly busy on Saturdays. Can you locate this scene. Been there recently? (Answer is here: http://bit.ly/IZ7jhm.)

You’re in jeopardy: Try this political Jeopardy game, developed by the YDR’s Ed Mahon: Here’s politicos from York County, for $400:  “A former mayor of Spring Grove and former state representative. She is the current secretary for the Pennsylvania Department of Public Welfare.” (Answer is here).