Mount Rose I-83 intersection: More comes together there than roads 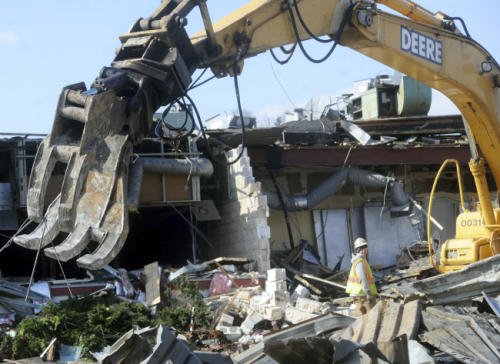 Blink and a longtime landmark will come down around York County, Pa. This is the old Denny’s near Mount Rose Avenue and Haines Road. Few will lament its coming down, particularly when it means the unclogging of the congested Interstate 83 Mount Rose interchange. Also of interest: York County history mystery intersection: It’s one to avoid, wherever it is.

Maybe it’s not surprising that the Mount Rose intersection is so congested that it demands an extensive facelift.

A bunch of things come together there. 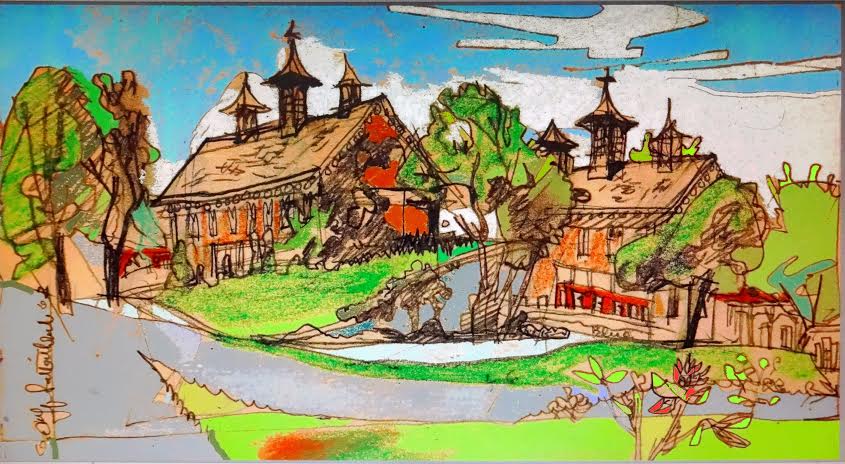 Cliff Satterthwaite, who drew this twin barns scene years ago, believes they sat in the vicinity of  the Kmart on Haines Road. If you can confirm this or can place this scene, please comment below.

That intersection has always been a transportation hub that goes beyond the interstate and old roads. The Ma & Pa Railroad ran by there on its way from Baltimore and York. And the old York Airport with its runway and all sat just to the north of the intersection in the area of Misericordia Nursing Home.

So there’s a lot going on at Mount Rose, where Haines Acres and other older suburbs and newer York Township housing empty onto the interstate.

It’s a case study about how development – planned and unplanned – can cause a downstream impact. It’s the cost of population growth.

Here’s a recent York Daily Record/Sunday News  story about what’s happening, with the demolition of old buildings and such:

The Yowza Spring Water site on Mt. Rose Avenue, a former gas station, is a pile of rubble.

The Denny’s restaurant on Haines Road, right before it becomes Camp Betty Washington Road, is a couple of walls away from being in the same condition.

“All of that is leading up to construction,” said Mike Crochunis, PennDOT District 8 press officer, Friday.

Crochunis said after the properties are cleared, construction on the new highway exchange will be put up for bid on Jan. 15, 2015.

Crochunis said the demolition is taking place well before construction “for safety purposes.”

He said PennDOT does not want the buildings to become structurally unsafe in the interim or subject to vandalism or inhabited by homeless squatters.

Crochunis said a sewer in the area also will need to be addressed before construction.

The revamped interchange and widening of Mount Rose Avenue is to alleviate ever-worsening traffic congestion in that area.

The old Denny’s is coming down.

How a bird sees the Mount Rose Interchange

Where did Camp Betty Washington Road get its name