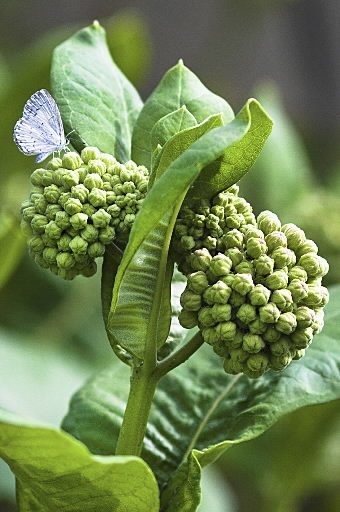 Milkweed is a native York County plant. Its deep roots made it readily available in World War II. Many people alive today remembering picking milk weed pods in that war, often as part of their school day. They were used for many thing, including forming the stuffing in life jackets that gave them buoyancy – and saved many a fighting man’s life. Perhaps the grandfather of this milkweed plant – in a native plant garden in York City – provided pods for America in World War II. Today, milkweed plants fulfill an important purpose. They attract monarch butterflies.  Also of interest: What became of this stately weeping willow tree?

Roy Flinchbaugh is a longtime correspondent, always with some interesting words to impart.

“By the way, some articles on Gen. Jacob Devers would be helpful, especially to all those people who insist on pronouncing the name of my street as “Deevers” Road.”

We have a slew of post on yorktownsquare on our native four-star general from World War II. Here is just one: About Jacob Devers boyhood home … .” 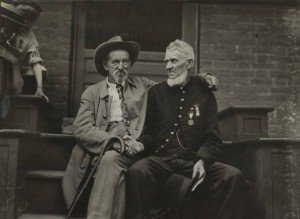 Bill Schmeer is another longtime, trust correspondent. He pointed to this wonderful photo of an old Yankee and Rebel.

Budding historian: Elizabeth Motich of Dillsburg has a dream job this summer. She’s an intern in Gettysburg. But she earned that spot. Among other things, she wrote a novel when she was 12 about Confederate Gen. Jeb Stuart’s cavalry raid of Dillsburg. Read about her reflections about Gettysburg 150.

Ah Gino’s: That eatery that pleased the hamburger and fries crowd around York 30 years ago? One of its closest restaurants to Gino-less York County recently closed, the Gino’s in King of Prussia. 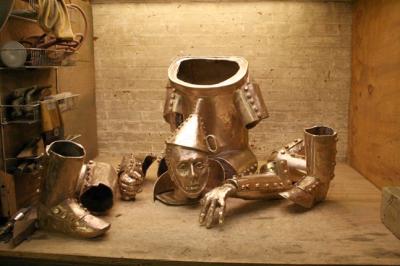 I ran across this the other day – the parts for ‘The Tinker,’ in time for an anniversary. The flipsidepa.com story behind those Creativity Unleashed art sculptures that started appearing on York’s streets a year ago: More heavy metal coming … . For a look at the finished sculpture by Lorann Jacobs, check out: The Tinker.