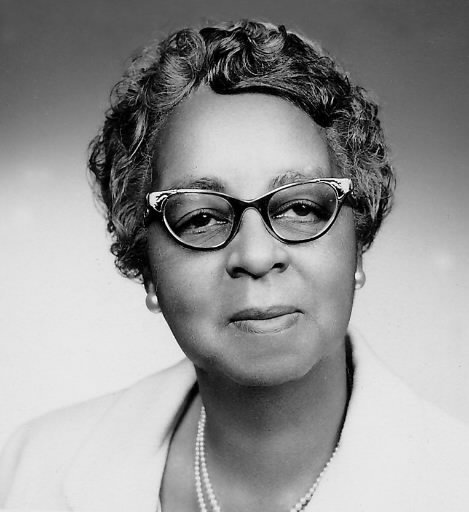 Crispus Attucks Community Center’s Mildred Chapman told girls that they should care about the way they looked. ‘You can be poor,’ she said, ‘but you don’t have to look bad, or smell bad.’ She and her husband, Russell W., (see photo below) were among the top leaders in York’s black community in the middle of the 20th century. Background posts: Thackston Park area connects to York’s past and Civil rights heroes stand out at Bradley exhibit. 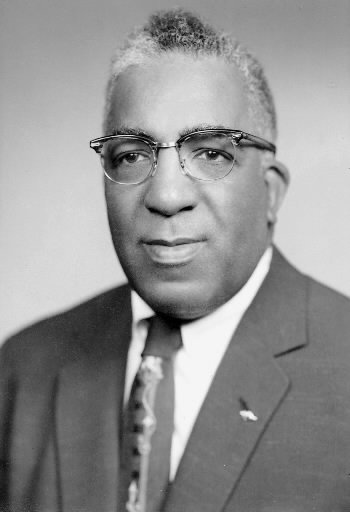 It is said that W. Russell Chapman would not turn away families from his funeral home if they couldn’t afford to bury loved ones.
Mildred Chapman ran Crispus Attucks’ program for girls.
Russell Chapman was a funeral director, and the first black York City Schools director.
They were the in-laws of the county official everyone knew – Mattie Chapman.
The Chapmans are part of a large group of black people from York County who have achieved on the local and national stages. The York Daily Record/Sunday News has developed the profiles and published them in the newspaper and in Newspaper in Education publications for distribution to York County schools.
(If you’d like a copy, e-mail me your address and I’ll mail it out.)
Our profile on the Chapmans follows:
Sometime in the 1930s, W. Russell Chapman came to York for a funeral with a friend. But the viewing took place in a garage.
He realized that York needed a funeral home for black people. He decided to make that happen. In 1941, he and his wife, Mildred, moved to York from Uniontown, Pa., and opened the first black funeral home. In 1967, he was appointed to the York City School Board, becoming the first black person to join the board. He was elected to the post in 1969.
Chapman cast the deciding school board vote to make the Rev. Dr. Martin Luther King Jr.’s birthday a school holiday.
His wife, a pharmacist, was unable to find work in York, likely because she was black. But that didn’t stop her from becoming a major contributor to the lives of the black women and girls who lived here. In addition to helping her husband with the administrative end of the funeral business, she was the supervisor of the women’s and girls’ program at Crispus Attucks.
The couple had two children. William Russell Chapman Jr.’s wife was former prothonotary Mattie Chapman, York County’s first elected black official.
Mary Brabham, caretaker for Chapman Jr., and York City resident Alice Bowers, who was a member of the Crispus Attucks Community Center Women and Girls Program, which Mildred Chapman directed, share their memories of this couple who helped bury and change the lives of many members of the black community.
What are they best known for?
Mildred Chapman is best known for her work as the head of the women’s program at Crispus Attucks, Brabham said.
“Mr. Chapman is best known for his work with the school board and the NAACP,” she said.
What makes them heroes?
“They would always put other people before themselves. Encourage others to get an education. Both of them were big on that,” Brabham said.
How did they impact their profession?
“Anything that was good for people, she ( Mildred Chapman) was behind it,” Bowers said. “She was always pushing people to achieve as much as they could achieve.”
“Mr. Chapman wouldn’t turn people away,” she said, even if they didn’t have the money to bury their loved ones. “He taught people how to help others in spite of money,” she said.

How did the couple affect the York County community?
“To my knowledge, they buried the majority of the black people, because there was no black mortician,” Brabham said.