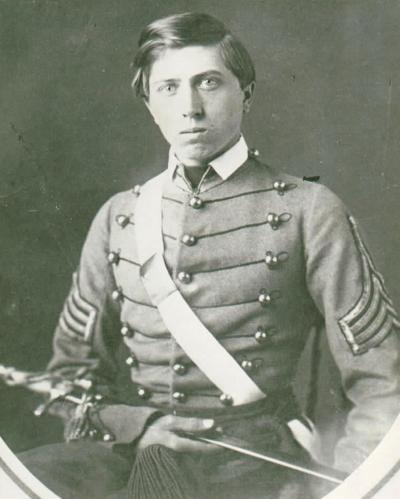 Alonzo Cushing’s story begins like this: ‘Gen. George Pickett’s Division advanced on Cemetery Ridge on the afternoon of July 3, 1863, and the booming guns in Battery A of the 4th U.S. Artillery started to go silent as the men assigned to them were killed. Lt. Alonzo Cushing, a 22-year-old from Wisconsin who had graduated from West Point two years earlier, watched his men die around him. He was wounded – some say he was leaning on 1st Sgt. Frederick Fuger to stand – but Cushing refused to turn away.’ With a Congressional Medal of Honor observance set for Gettysburg this week, some believe it’s time that Cushing, who died in the fighting, gets his due. ‘He certainly deserved the medal for his action on July 3 (1863),’ said John Heiser, Gettysburg historian with the National Park Service. ‘Cushing was willing to fight his guns all the way to the last one.’ For a list, with map, of those fighting in the Battle of Gettysburg who won the medal, see: 150th anniversary. Also of interest: Here are two York/Adams fighting men who won the Medal of Honor.

A bit more from Gettysburg: The National Park Service Park service will undertake a test burn to see what can be learned about control vegetation and tests in that way.

Officials told the Hanover Evening Sun that  a test burn will be done in October to see if fire is a viable way to control vegetation and pests. The experiment will take place on the Slyder Farm on the Emmitsburg Road. 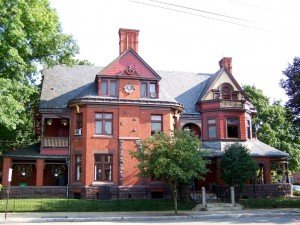 History mystery photo: This house is one of the York area’s most architecturally significant structures. Can you locate it, and ID the prominent resident who built and lived in it? (Answer and interior photos: http://bit.ly/15uCvmx).