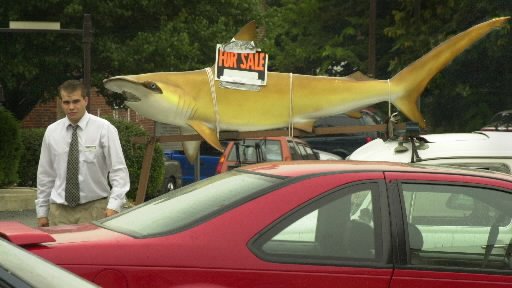 A hammerhead shark created a little stir some years ago at York, Pa.’s, South George Street MacDonald’s. But the store itself created bigger headlines after it did not meet city expectations when constructed in the mid-1980s. As for the shark, a Yorker  purchased the mankiller at a garage sale and had plans to take it to the beach and sell it. Also of interest:  U.S. Grant dines at Mick E. Dee’s and New McStore went in highly trafficked York-area spot.

Current renovations to McDonalds restaurants in Downtown York on South George Street and on Route 30 near North George Street bring an opportunity to talk about Big Mac history in the York area.

The first McDonald’s Restaurant went up west of the North George Street/Route 30 intersection in February 1970.

Thirty-0ne years later, that restaurant gave way to a newer version in a shopping center a short distance to the east.

The prospect of a McDonald’s in the downtown eatery excited city officials.

“Now,” Al Hydeman said, “if you have a Big Mac attack here, you only have a block to walk.”

But when the restaurant opened in December, city officials were disappointed, stating that the architecture did not match their expectations and drawing a newspaper headline: “Big Mac: We did it their way.”

The restaurant was billed as center city’s first fast-food restaurant.

Someone must have forgotten Bury’s Famous Hamburgers, which operated serveral restaurants in and around the city.

In fact, McDonald’s was not even the first chain. Bury’s operated about a dozen restaurants at its peak. 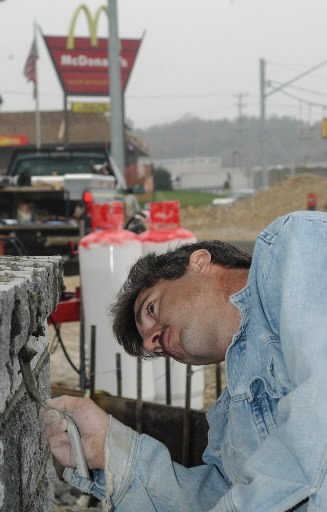 The new McDonald’s restaurant, replacing the original York area McDonald’s along Route 30 in York, went up 10 years ago. The original McDonald’s is now a pool and spa dealership.

Also of interest:
– Back when Gino’s was the York-area place to go and Baltimore Colts was the team to root for

– To read stroll back memory lane, see posts in Nostalgia and Memories category.