York Sunday News columnist Mary Stephenson: ‘A rare and magical person with a style all her own’ 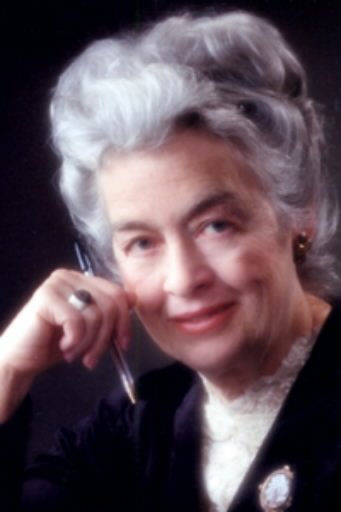 Mary Stephenson, longtime writer of the popular Party Line column in the York (Pa.) Sunday News, died this week. A story about her death in the York Daily Record/Sunday News said she “thrived on meeting people and learning about their lives.” Also of interest: York columnist Jim Hubley’s ‘Off the Record’ again on the market and Longtime York sportswriter Jacque Tracy: ‘He enjoyed writing features about athletes and coaches’ and York’s Wonder Women: The stories of four more movers and shakers.

The headline for fellow Yorkblogger Gordon Freireich’s post about the death of noted York Sunday News columnist Mary Stephenson captured her well: “Mary Stephenson, loss of a character.”
Mary Stephenson, who died recently at the age of 89, was just one of those folks who everybody seems to know.
Walk down the street with Mary, and it becomes an hour-long endeavor as people stop to talk with her, Freireich wrote.
He wrote:

Mary was included in the 1980s AAUW publication “Legacies,” which profiled prominent 20th-century York County women.
For those who did not know Mary, here’s a bit more about her from that publication and a York Sunday News story (3/18/07) about achieving York County women:

Community involvement: Charter member and past president of the Central Pennsylvania chapter of Women in Communication, Inc. Chairwoman of a committee that raised money to preserve the Barnett Bobb log house. Served on a task force for the study of traffic and police in Springettsbury Township. Past president of the Young Women’s Club and of Alpha Iota business sorority. Involved in Central York High School’s foreign exchange program. A supporter of community theater.
Excerpt from ” Legacies”: “To those who know her, Mary Stephenson is a rare and magical person with a style all her own. . . . (She) cares deeply about York and its people. . . . She is a talented woman who brings her special touch to her work and her community.”