Mark Zuckerberg and his ‘A Year of Books’ invited to make road trip to York County, Pa.

Late in 2014, York countian Cindi Greco’s good idea appeared on Facebook in response to a request by the social media site’s founder, Mark Zuckerberg. Every year, Zuckerberg asks for – crowdsourcing is the term – ideas for his annual personal challenge. He receives thousands of suggestions. According to his Facebook page, he does this to broaden his perspective and learn about the world beyond Facebook. The billionaire embraced Cindi’s suggestion that he read a book a month. In fact, he’s pledged to read one every two weeks. The graphic above shows the Greco/Zuckerberg exchange on Facebook. Also of interest: The Underground Railroad and other Civil War Facebook talk and  So, you want to become a journalist or a historian? Are you a reader?

Facebook’s Mark Zuckerberg is reading Book No. 2 in his “A Year of Books” group based on a suggestion from York countian Cindi Greco.

His receptiveness to the idea that he read a book a month is a gratifying national shout-out for York County; Greco’s home, Hanover; and her employer, the York Newspaper Co.

More importantly, of course, the leader of this social media giant is giving a big vote in support of reading – particularly the reading of books.

“Books allow you to fully explore a topic and immerse yourself in a deeper way than most media today,” he wrote. “I’m looking forward to shifting more of my media diet towards reading books.” 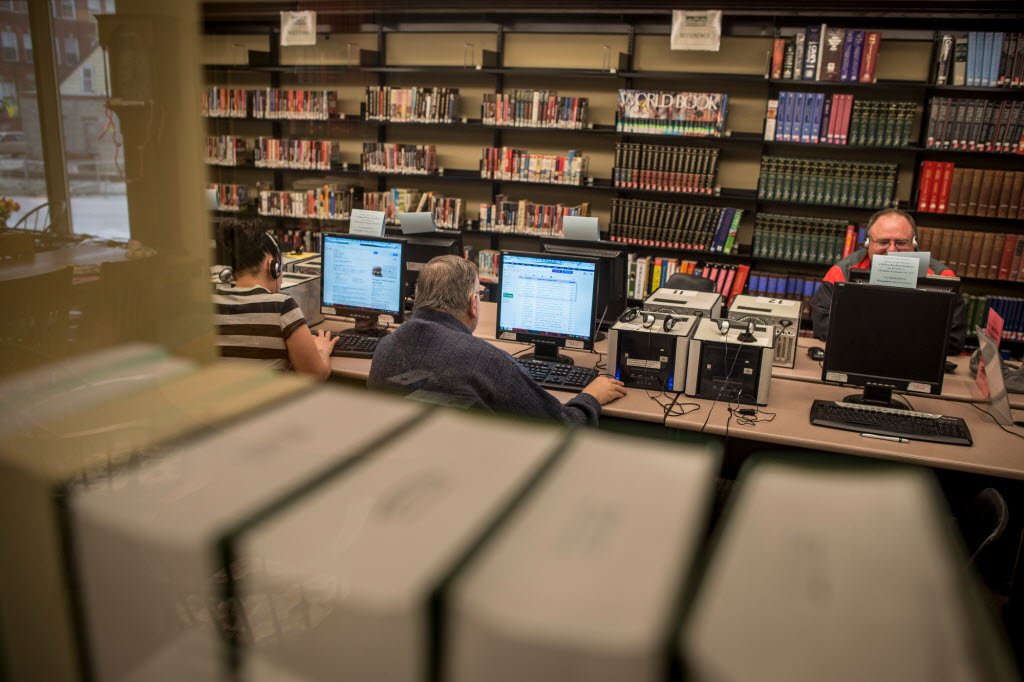 Patrons operate computers at Guthrie Memorial Library in Hanover. Facebook is a favorite there, no doubt.

In that spirit, we’ll make a few more suggestions on the reading front to the 30-year-old entrepreneur and others.

These insights come from experience.

I’ve written here before that I’m working my way through Modern Library’s Top 100 novels of the 20th century.

Many journalists are voracious readers. In my field, you have to know about a lot of things, and you must grasp unfamiliar material in tight time frames.

I read some books making ML100 many years ago, before systematically reading through the list in the past three or so years. Most of them I’ve read in book form, but some I’ve listened to on audiobooks, in cassette, CD and digital formats.

I’m now on No. 81 – Erskine Caldwell’s “Tobacco Road.” That’s fitting because I have a long road filled with thick, multi-volume books ahead to reach 100.

So, Mr. Zuckerberg, three points from a veteran reader of books:

You don’t expressly include fiction, so might I add that you work in novels, especially the classics? They go right at the human condition, showing struggles and triumphs experienced by people across all cultures.

Classics, by definition, are a product of generations of crowdsourcing.

– You’ve said you would take suggestions about titles to read from members of your book club, now 80,000-plus in number. If you haven’t already, look for a partner who will work with you on your selections.

And be ready for those who will criticize your choices. Some will give praise, but debate over books is part of the reading world.

I have at least two partners on my Modern Library reading project.

Martin Library’s interlibrary loan guru Bob Rambo is one. He shows enthusiasm for my project in many ways, including through his eagerness to help find titles in far away libraries.

A second partner in my quest is my journalist/son, Joe. He’s an even bigger and more diverse reader than I am. He’s a history guy like me, so he’s also pressed to read through a wide spread of material.

Most importantly, he’s always checking in to see what’s atop my reading stack, whether I’m liking it or not.

– And Mr. Zuckerberg, this is also pretty obvious, but I’ll still write it. You plan to read 25 books in 2015. Some you’ll love, and others you’ll wonder why you picked them up.

In my Modern Library reading program, the content and the writing in these classics is really uneven – and these are the top novels of the 1900s.

You’ll experience great joy in discovering delightful reads from authors you’ve never known before. One such ML example is Max Beerbohm’s “Zuleika Dobson.” That’s a work that showed how one bad idea, personified by Zuleika, can impair an entire university’s thinking.

And you’ll wonder how other books receive acclaim only because they pushed the limits with semi-pornographic content: Henry Miller’s “Tropic of Cancer,” and Philip Roth’s “Portnoy’s Complaint” are two such sad, overrated works.

Now, Mr. Zuckerberg, here’s the last chapter of this column.

With other counties, York is again embarked on a One Book/One Community selection. This year, it’s Christina Baker Kline’s “Orphan Train.”

These types of group reads are underway across the land, so you might look in to see what people who are fans of Facebook are reading.

In fact, why not come here to York County and sit in on an “Orphan Train” books discussion group or two? You have about 25 to choose from.

For example, there’s one in Hanover, Cindi Greco’s town.

It’s short notice, but consider attending a noon book talk on “Orphan Train” on Feb. 16 at Hanover’s Guthrie Memorial Library. Heidi Hormel, a writer well-known around Hanover and beyond, will present there at noon and 6:30.

So, come join us in York County, where your book club idea originated – and where Facebook is growing in popularity.

Oh, yes, Mr. Zuckerberg, back to that Hanover book talk.

You can decide anytime before Feb. 16.

No sign-ups are required. 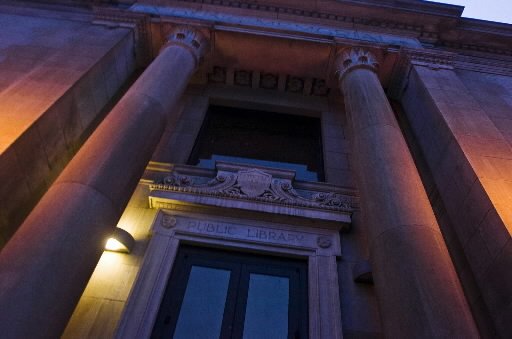 Guthrie Memorial Library, part of the York County Library System, is participating big time in the ‘One Book, One Community’ group read.